Reality Versus Hype: Analyzing the Innovation Hype Cycle on 3D Scanning and Printing

No offense to Gartner, but I believe their analysts have gotten it wrong in the assessment of 3D printing and 3D scanners included in their 2012 Hype Cycle infographic. 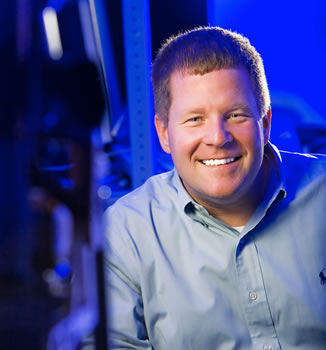 Gartner concludes that both 3D printing and scanning are 5-10 years away from their Plateau of Productivity, i.e., the time when mainstream production starts to take off. While it is certainly debatable at what point the democratization of 3D capture and production technologies will unlock mass customization and the concept of a"personal factory," 3D printing and scanning tools are being used productively right now in a wide range of businesses. Of course, I know this since Geomagic is a key player in this space, and our software is used to support many production processes in conjunction with our various 3D scanning and printing partners. It's not hype; it's reality. In context, then, for many applications, 3D scanning and printing technologies are already at the Plateau of Productivity.

It's easy for a research analyst, writer, blogger, industry pundit or other predictor of ominous events to throw cold water on innovation and creativity. But the question remains, how does hype transition to a market- and game-changing shift that impacts the way people live and work?

No one can predict the future. Sometimes you just have to believe. Yes, the belief should be tempered with a dose of reality, but we should (really) believe nevertheless. The world would be a much more boring place without the dreamers and innovators who regularly reject reality and substitute their own creativity, drive, hope and belief.

History is littered with innovators and innovations that wouldn't fit neatly into a Hype Cycle curve and wouldn't give way to the nearsighted individuals and companies blind to the changing world (and unable to adapt, pivot and embrace the change). Innovators and innovations fly in the face of market research, design panels and peer reviews. They believe when no one else does.

Here are a few history tidbits about inventions and innovators who shrugged in the face of doubt:

"Everything that can be invented has been invented." - Charles H. Duell, Commissioner, US Patent Office (1889)

"A horseless carriage, why in the world would anyone want one of those?"

"Orville and Wilbur, go back to building bikes; you are stupid."

"What an incredibly stupid idea. Who is going to want to print things at home?"

"You want to make a thing called an iPhone, what in the hell is that?"

"The Wii has the worst graphics ever. It is simply not competitive with the existing gaming systems in the market."

Sure, there are plenty of failures and examples that fit into a hype cycle. For example, you certainly wouldn't want to be the Dutch tulip grower who, on April 26, 1637, paid"two wagon loads of wheat, four loads of rye, four fat oxen, eight fat swine, twelve fat sheep, two hogheads of wine, four barrels of beer, two barrels of butter, 1000 pounds of cheese, a marriage bed with lines and a sizeable wagon" for one tulip bulb. Likewise, Betamax, despite being better technically, lost out to the VHS format. But even in the face of failure, I'll bet the innovators, like the Betamax engineers at Sony, believed up to (and even past) the bitter end. I bet they still believe that theirs was better.

Sometimes explosive growth takes a convergence of technology and market acceptance. Sometimes price changes enable a new class of purchasers. Sometimes it is just blind luck. Sometimes the people promoting change just have to believe and convince others as well.

For those of you who know me, I am a fairly conservative guy in many areas. In a self-assessment I'd say my skill set is more in tune with execution rather than pure innovation. 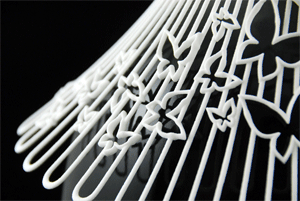 I do believe, however, that we are at unique place in time, a time in which technology, market acceptance and demand are converging to catalyze change in the 3D capture and 3D printing space, carrying the space down-market from current industrial use cases. In the future, design professionals, students and children will be able to easily take innovation and inspiration from the real articles and objects that surround them, mash them up, and create entirely new designs along with a new creation and innovation cycle. What is needed is a simple-to-use, integrated end-to-end solution that allows people to easily capture, interact with, modify, manipulate and reproduce real-world 3D content. I believe we are not too far away.

I am proud to work at a company that is focused on this space and powered by a team of passionate, creative individuals. Ultimately, I could be proven wrong in my belief that the democratization of reality-capture technologies, interaction tools and 3D printing devices will shift the market and change our very lifestyles beyond the manufacturing ecosystem that already profitably leverages these technologies.

But even if I'm wrong, I'll still believe.

You can read a shorter version of this post on the Materialise Blog at: http://i.materialise.com/blog/