Designing a pump that performs well is just half the challenge. Testing the pump using traditional methods is the other half; it’s both costly and weighted down by long lead times. In 2012, Tech Cast, a leading supplier of high-quality investment castings, conducted a side-by-side comparison between using casting wax forms created with metal tools (the traditional method) and using forms created using 3D Systems’ QuickCast patterns. 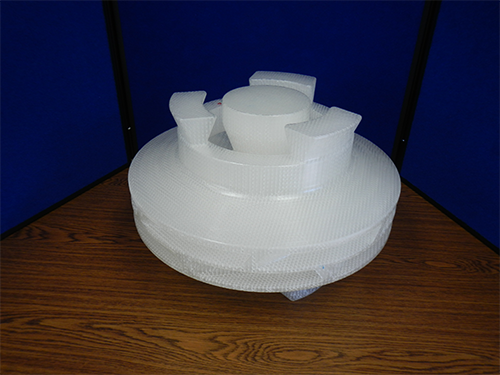 The QuickCast patterns are highly accurate, resin-based, 3D printed direct patterns that can be accurately created in a day or so at low cost. Uniquely, the QuickCast material can be used to create precise casts, yet as the material is burned out, it has an almost ash-less burn. This method also allows manufacturers to make  new patterns quickly should the design suddenly change.

Traditionally, designs are sent away for metal tooling, taking 7-9 weeks at a cost of about $40,000. Once returned, the tool is used to create wax patterns from which the casting can be made. Once castings are made, the parts can be cast and then tested. If a design needed to be changed then new tools would be required, or alternatively a new casting pattern would need to be created in a couple of days for almost immediate casting and testing.

During testing, Tech Cast found that costs of this process were dramatically reduced, while testing times fell significantly using QuickCast.