The enormous impact of Chuck Hull’s invention of 3D printing 30 years ago becomes even more evident as you see him walking around Euromold 2013 alongside the widespread array of 3D printing displays, ideas and technologies that his original idea has spawned.

In this piece, CNN’s Nick Glass interviewed Chuck for a “Make. Create. Innovate.” segment that was part of CNN International’s Quest Means Business show aired on February 13, 2014. Chuck recalls the emotion he felt when he created the first 3D printed part late one night in his lab, and also his pride at where his invention has taken the industry today and what it means for the future. 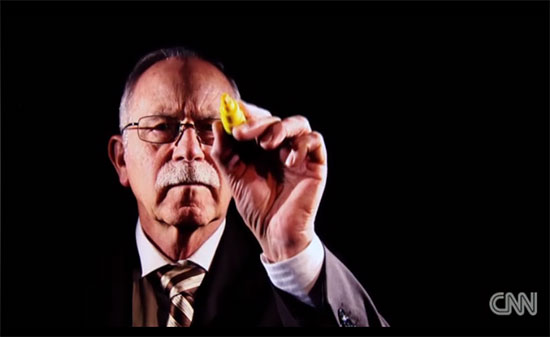