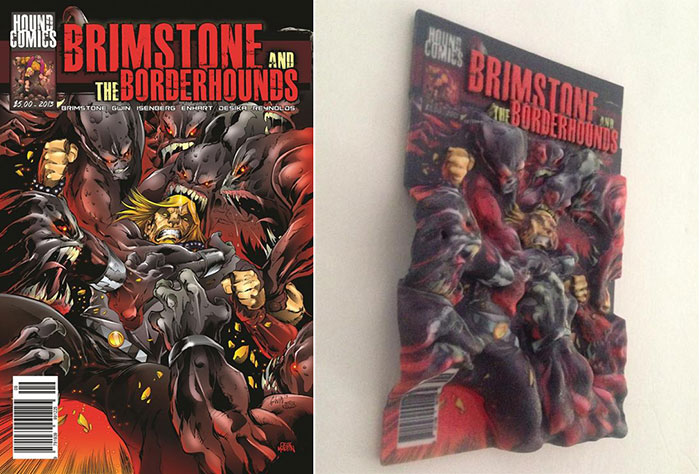 Comic books have been providing gasps, villains, and near-death rescues for over ninety years. In that time, the book itself has remained mostly the same. But the folks at California-based Cokreeate may have just pioneered something that could lead to a new wave of collectibles: the 3D-printed comic book cover.

For the first go at a 3D printed comic book cover, Cokreeate chose issue #9 of “Brimstone and the Borderhounds,” written by professional wrestler, comic book writer, and friend of Cokreeate, Brimstone. After completing the 3D design work of the cover, Cokreeate used our ProJet® 460Plus to do the final print in full color. (Left: The original cover and Cokreeate's 3D-printed cover.)