Robots Have Feelings Too 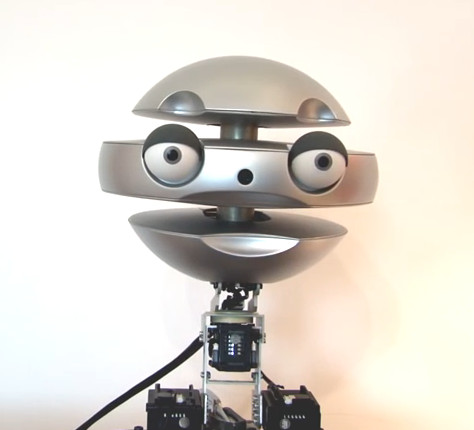 As we delve deeper into the digital age, pockets of curiosity are popping up about the future of human-robot interaction. LIREC, a European funded research project, explores our interaction with digital and interactive companions, and partners with the Department of Fundamental Cybernetics and Robotics at Wroclaw University of Technology in Poland. The robotic head project, EMotive headY System (EMYS), was initiated there by Professor Krzysztof Tchon and his team, with the purpose of examining the function of interaction.

The specific task of this project was to create a robotic head capable of generating recognizable facial expressions, and react appropriately to both soothing and irritating stimuli.

The unique design of the EMYS robot required customized hardware and non-traditional construction, but traditional milling or tooling methods would have added tremendous time and cost to the process. Instead, the research team chose to use 3D printing for both prototyping and final elements. Every EMYS cover element, from the head cover to functional parts, like the moving eyelids and the connectors linking the eyes to the servomotors, were produced using the ProJet HD 3000 3D printer (now sold as the ProJet 3510) in a matter of hours.

To read more about the EMYS, check out this feature. To see the EMYS emote interactively, watch the video below.