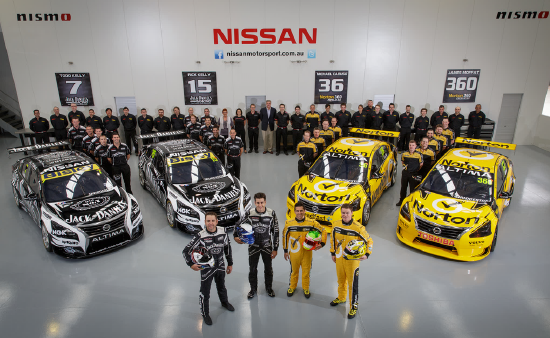 As the Nissan Motorsports team set out to redesign, manufacture and install a new driver cooling system before the next race, they found they were also facing an aerodynamics issue at the rear of the car. To juggle competing demands within the time allotted, traditional manufacturing was not an option.

And so, the team turned to Evok3D, a 3D printing service and reseller for 3DS out of Melbourne, Australia. In collaboration with Nissan Motorsports, Evok3D was able to 3D print new, direct-use parts before the flags dropped on racing day.

Curious how they pulled it off? Join us live on Wednesday, October 15, 2014, at 5:00 pm EST for a webinar with Nissan Motorsports Chief Designer, Perry Kapper, and Managing Director of Evok3D, Joe Carmody, as they explain how 3D printing accelerated their process and helped the V8 supercar team beat the heat and get off to the races.