Over the past several years, Dutch designer Iris van Herpen has made a reputation for herself as an artist for whom normal rules do not apply. Her work is marked by her desire to combine traditional handiwork with digital craftsmanship, and innovation in technique and materials. This emotion radiated from her “Hacking Infinity” Fall/Winter 2015-16 collection, which debuted on March 10, during Paris Fashion Week. Prominently featured among this collection was a stunning SLA 3D printed dress that Iris designed in collaboration with Niccolo Casas, and which was brought to the runway by 3D Systems’ ProX 950 SLA printer. 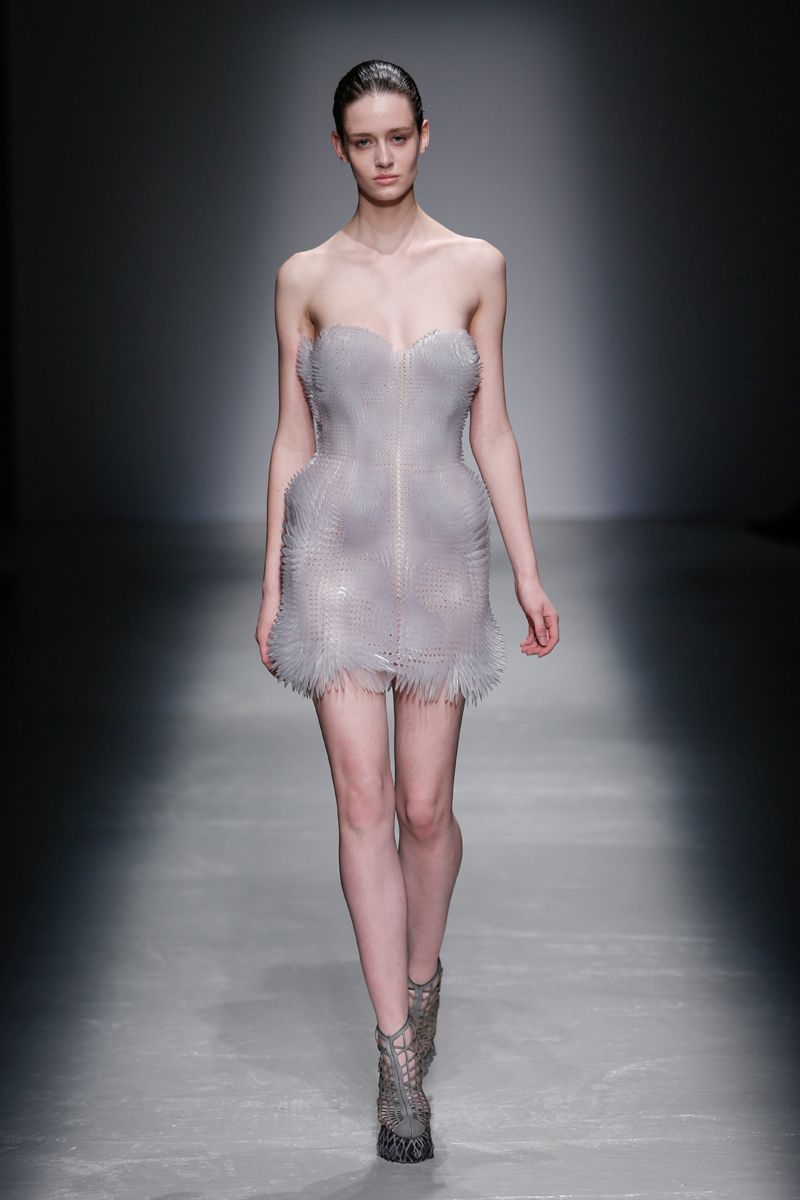 In a sit down with Iris, she explained her interpretation of infinity and how she incorporated it throughout the show with circular forms, fire as a method of creating color, and exploring and integrating new materials. Although this was not Iris’s first SLA printed dress, or SLA collaboration with architect Niccolo Casas, this dress was a departure from her earlier, sculptural piece. Comprised of four panels of interconnected parts, the SLA dress from Iris’s Hacking Infinity collection embraces movement both when worn and at rest. Iris explains that part of what she wanted to explore within her collection was how materials could evolve and silhouettes can change. Though most of her pieces achieved this with lines, Iris says the small spikes of the SLA dress were the most extreme articulation of her vision.

Also featured in the show were 22 pairs of shoes Iris created in collaboration with Japanese designer Noritaka Tatehana. Iris shares that she was so enamored with the shape and character of the crystal clusters they scanned, that they were moved to stay true to the native geometry and transparency in the final product.

The four panels of Iris’s SLA dress were 3D printed in the transparent Accura ClearVue material by 3D Systems’ Quickparts on-demand 3D printing service. Our team in Tennessee took care to optimize the 3D file, and then proceeded through production with nearly 200 cumulative hours of printing and two hours of delicate manual support removal. When all was said and done, the dress was truly an astounding undertaking, both for fashion and technology.