Brian Copes is an engineering teacher at Thompson High School in Alabaster, Alabama. In 2014, Brian and his students went to the White House Maker Faire, where they were introduced to 3D Systems and learned about M.Lab21, a classroom kit for educators that includes 3D printers, software and a curriculum through which 3D printing and 3D modeling skills can be easily incorporated, productive, and fun.

We recently caught up with Brain to learn more about his classes’ experience:

Can you tell me a little about the students in your class and what’ they’re learning? 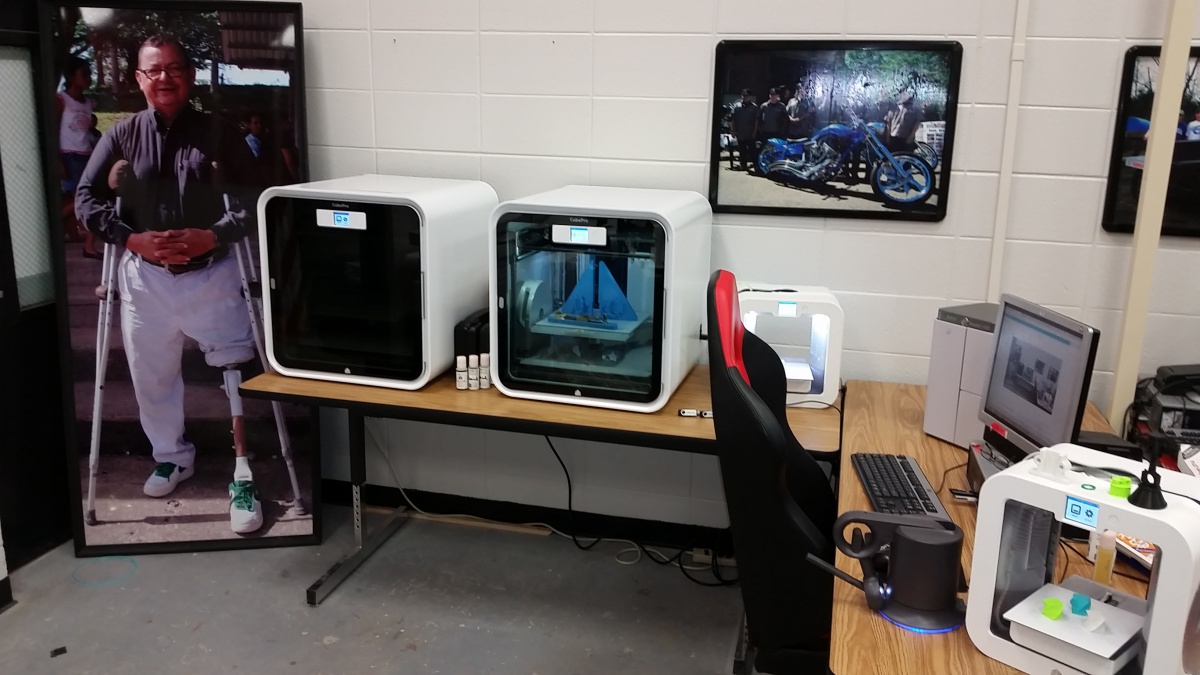 I teach three sequential engineering classes, broken down by age group. The First Year class is freshman and sophomores, the Second Year is sophomores and juniors, and the Third Year is essentially a modern day Maker Space. The First Year focuses on getting students familiar and comfortable with drawing in the 3D space so they can take the CSWA exam (certification for SolidWorks). The Second Year is organized around four major projects that get into robotics, electric cars and additional software, and then in the Third Year we focus on larger scale group projects that typically  have an outreach component to them.

What kind of background, if any, do your students have?

Most of my students are pretty engineering focused, but I also have a handful who are very art-bound. This is only the first year of the program, but it’s somewhat of a mix. We started out offering 60 seats but 70 students showed interest. Now that we’re looking into launching the second year of our program, we have over 250 student requests, so word and interest are spreading quickly. 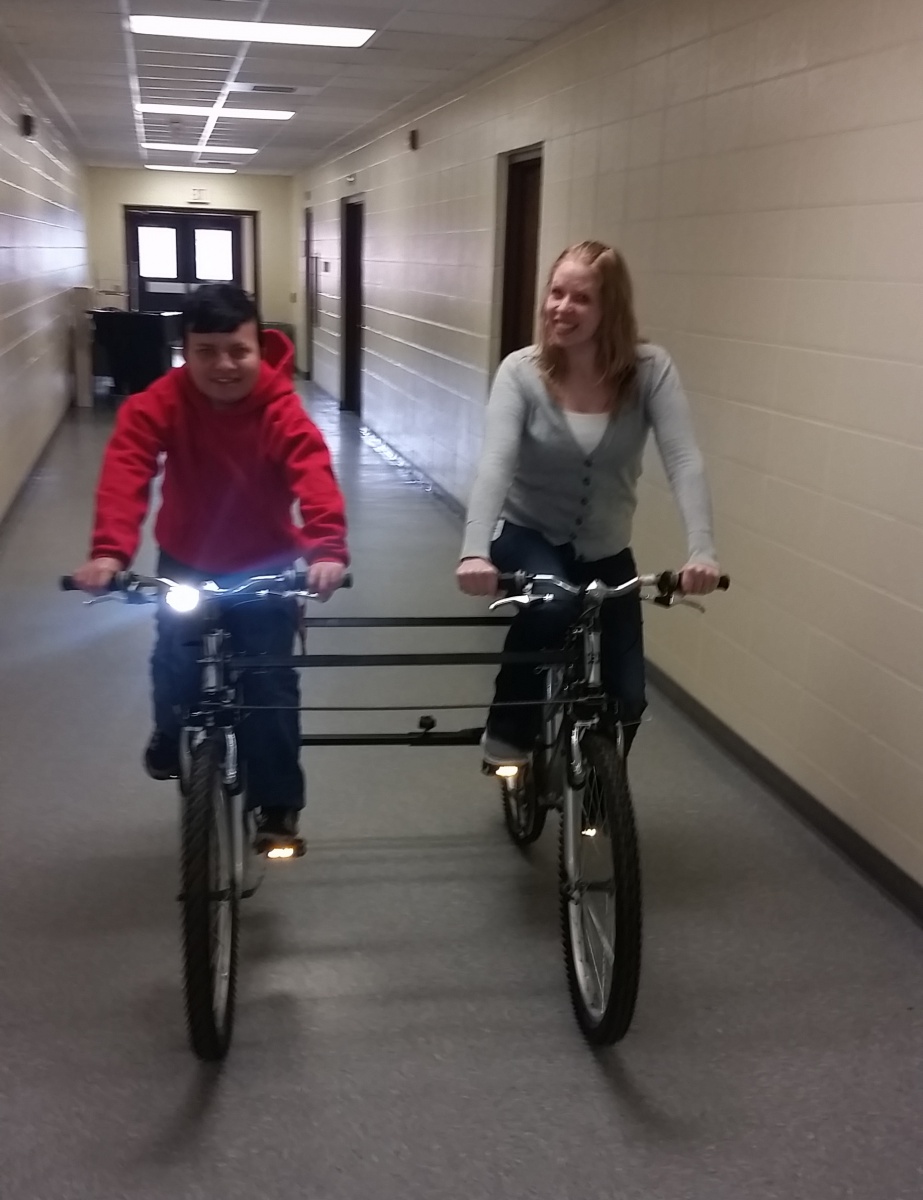 What are your students’ reactions to 3D modeling and 3D printing?

Most of them have taken to it like it’s second nature. They’re creating the parts and critiquing them before sending them off to print. They’ve got the process nailed.

What kinds of things are your students printing?

3D printing has been instrumental in just about everything we do. The students make everything from brackets and keys to functioning components and decorative pieces. Right now we’re working on making a full-sized electric car, and the students are designing components to print for that. That’s one of our larger after-school projects. We’ve also done electric go carts and are developing an idea for tandem bicycles that will enable a handicapped student to ride next to an adult.

Beyond that, we’ve been fine-tuning a design for an affordable prosthetic leg as one of our Second Year projects. The Cube and CubePro really stepped up our game for that project by allowing us to 3D print motor mounts to make a custom-size and- fit in a lighter weight. Next year’s class will design and build a socket. If we can sort out the logistics, we’re also exploring the idea of letting each student design their own class ring to print on the ProJet 1200 and then cast.

As they work through their curriculum, Brian says he tries to impress upon his students just how many professions exist in which 3D skills will be useful. “Not only are there jobs that require running a printer, but there are so many jobs that value modeling skills and digital literacy,” he says.

As you can probably tell, this just the tip of the iceberg where Thompson High School is concerned. Stay tuned for more on their fantastic work, as we take an in-depth look at some of their projects!