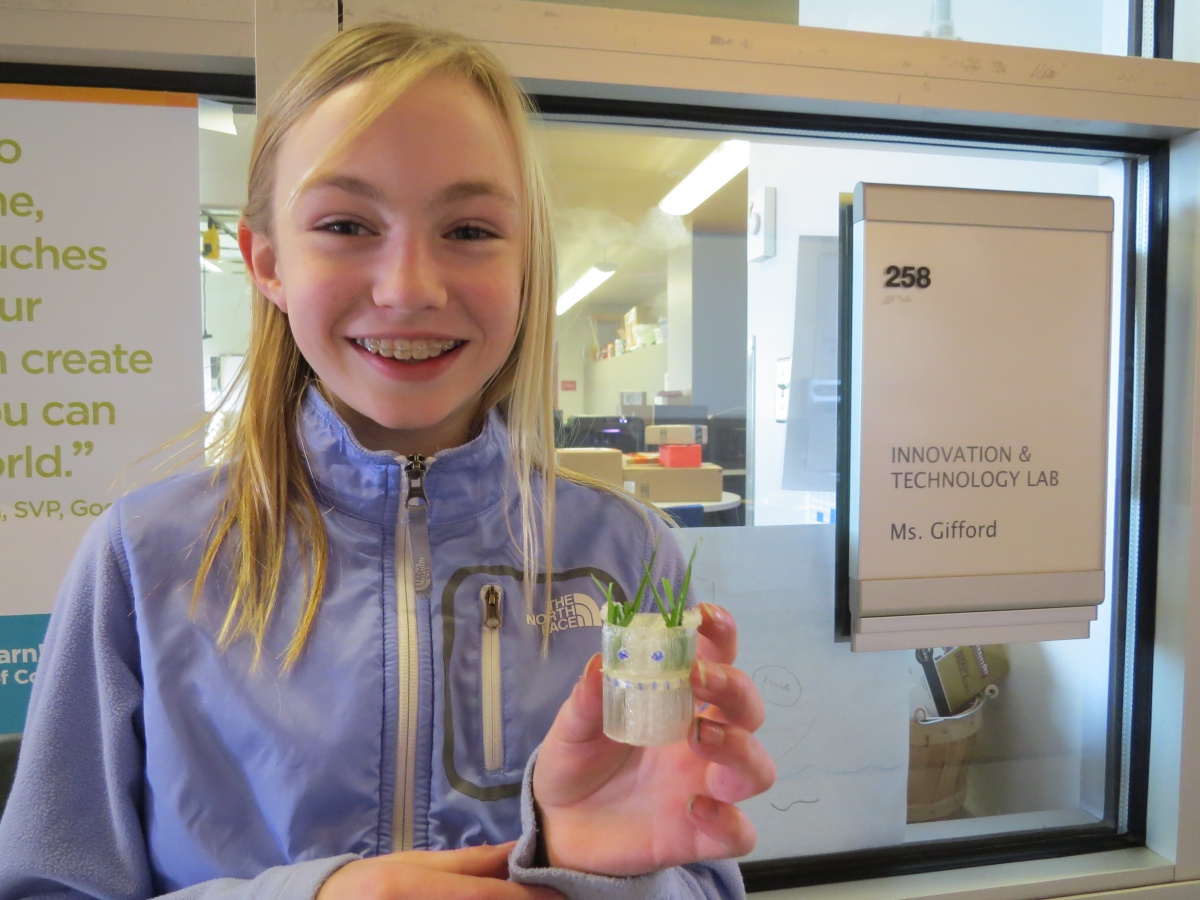 Earlier this year, the American Society of Mechanical Engineers Foundation (ASME) and NASA concluded the first Future Engineers 3D Printing in Space Tool Challenge for K-12 students. Divided into two age brackets for teens and pre-teens, the contest tasked young minds to create a 3D model of an item that would be useful to astronauts in space. The idea being, if an astronaut finds herself in space with a broken tool, she can’t easily rocket down to the local hardware store for a replacement. For this reason, 3D printers are valuable assets to crafts like spaceships, submarines and aircraft carriers, as portable and highly convenient tool-making tools. All that’s needed is a file.

Sydney Vernon of Bellevue, Washington, submitted one such file and won for the Junior Group with her design for a Space Planter; her prize was a Cube 3D printer for her school. Sydney, 12, heard about the challenge through her sixth grade technology teacher, Ms. Gifford, and got the idea for her planter after a visit to the Center for Urban Horticulture at the University of Washington. Using the basic concepts of what she saw in practice, Sydney went home, created a model and added her own flair. 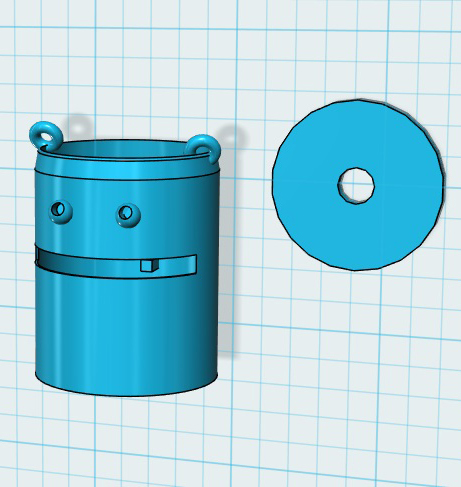 Sydney has surprised both her parents (neither of whom are engineers) with how readily she’s taken to 3D printing. “Sydney’s strong passion for all things engineering began when Ms. Gifford first introduced her to 3D design and other maker concepts,” said Sydney’s mom. “From there, she has taken off with it in almost all her free time.” With free software Sydney pulled from online, she has jumped into the digital world and is teaching herself the skills and problem solving that are part and parcel to digital literacy.

With concise simplicity, Sydney says she likes making because it’s fun. As far as 3D printing is concerned, Sydney is well versed in the capabilities the technology offers. “You can make anything with a 3D printer,” Sydney said. “People have 3D printed houses and human cells.” Sydney thinks 3D printing is super exciting and is most looking forward to the unbridled ability to invent with her new Cube.

Sydney says she was “really really really excited” when she found out she’d be winning a Cube, and just last week, she went to her school to unbox it with her teacher. The Cube will roam all over Open Window School, where it will live on a cart to stay accessible across age groups and subject matters. “The cart was Sydney’s idea,” Ms. Gifford 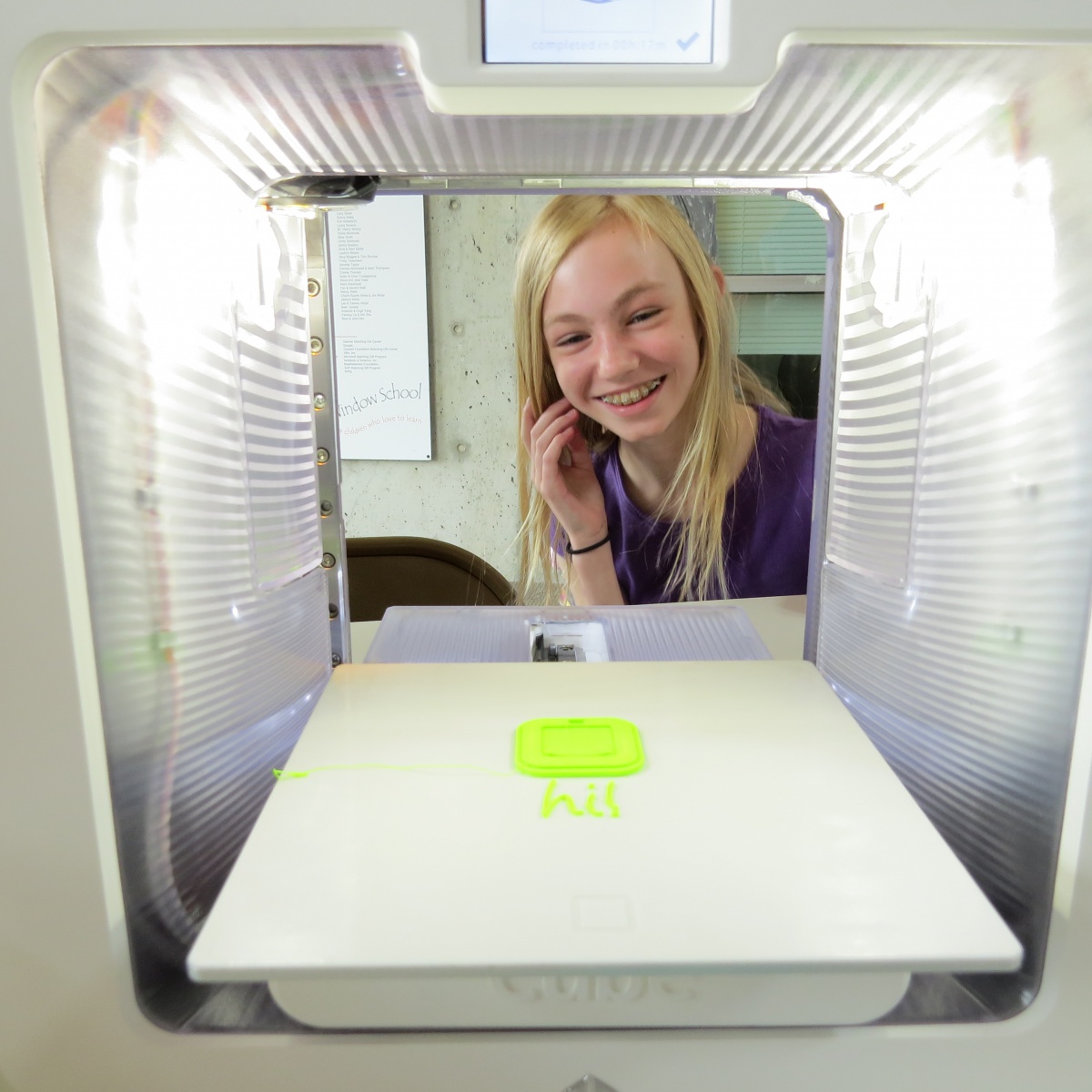 said. “The Cube is going to have a really big impact here.” After its grand unboxing, the first order of business with the Cube is to print a Space Planter for each classroom, as well as for the school garden. After that, Sydney will tend to the sustainable and ecofriendly dream house she’s designing. “I think I’m going to be an engineer when I grow up,” Sydney said. “I’d really like to work at NASA.”

Think you have what it takes to design for space, or you know someone who does? There’s still time to submit for the second round! Click here or visit www.futureengineers.org for information about the current challenge, and don’t forget to submit by August 2nd!