World champion FIRST Robotics team the RoboSpartans is a primary example of how far students can come from hands-on experience and helping one another. Organized and run from the home of coaches Bob and Lisa Payne, the RoboSpartans have expanded their help and outreach well beyond their hometown in upstate New York. 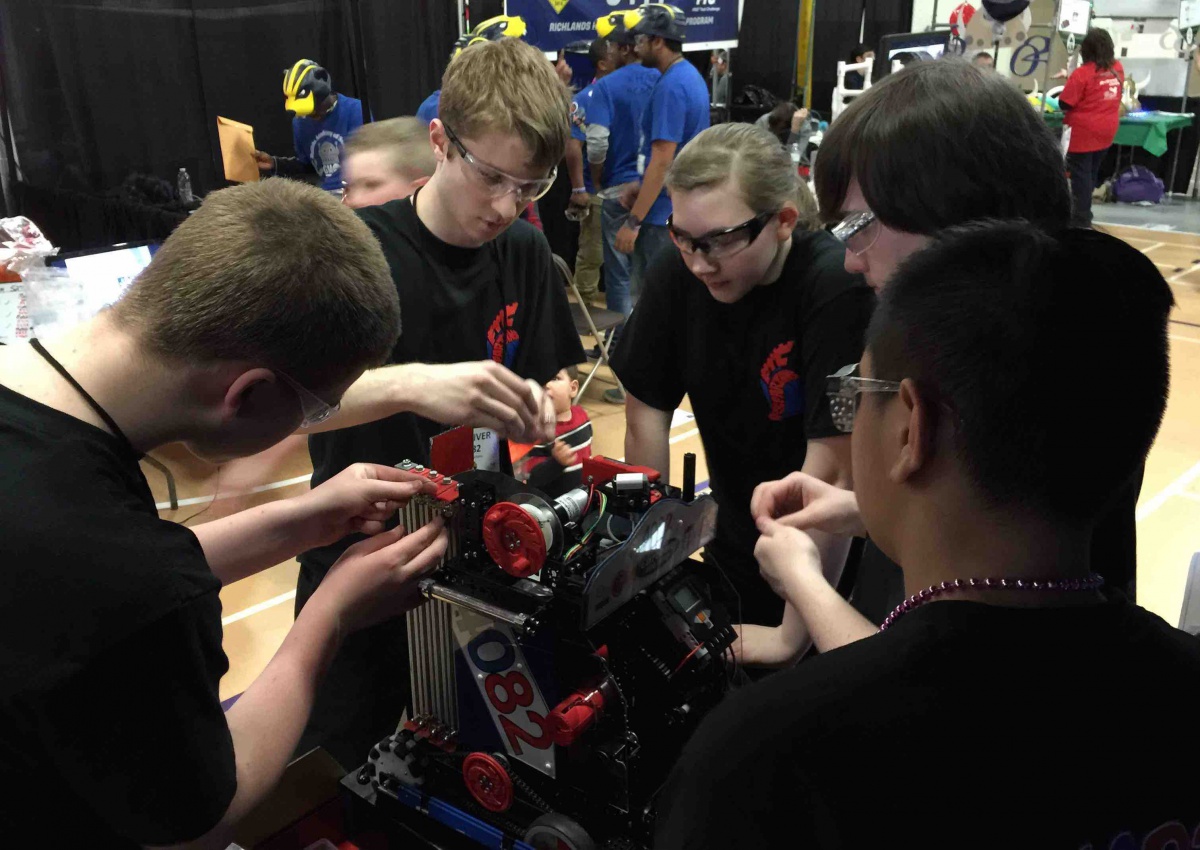 “The kids really seem to learn better and faster when they teach each other,” said Coach Lisa Payne, “so after our initial success under that method we started a peer-to-peer learning program with a global network.” The result, FTC Tec Network, involves hundreds of teams and hundreds of students talking to each other on a regular basis.

“Kids are teaching other kids and talking about everything they’re doing from their approach to building to the tools they use and how to orient designs on their 3D printer,” Coach Bob said.

After the 2013 World Championship, the RoboSpartans became friendly with teams in Jamaica and Texas and spent the next season working with them on a regular basis despite being miles apart and time zones away. “The students host Google hangouts with one another and collaborate on projects with teams in different parts of the world, but we run like one big happy team,” Lisa said.

Though the idea was piloted with just three teams, interest in the program pushed it to expand to different hubs around the country, and now includes over 150 teams, 34 states and 8 countries. To learn more, visit http://www.ftctecnetwork.org/