Childhood can be difficult. The emotional rollercoaster of thrills and disappointments is full of sharp twists, turns, highs and lows even in the best circumstances. Grace Kablaenga was dealt a different hand.

Grace was born with rare and severe facial cleft deformities, extreme distance between her eyes, and no bone separating her brain from her oral cavity. Physical difficulty swallowing resulted in undernourishment and anemia. At a time typically reserved for joy and optimism, there was a clouding sense of dread. 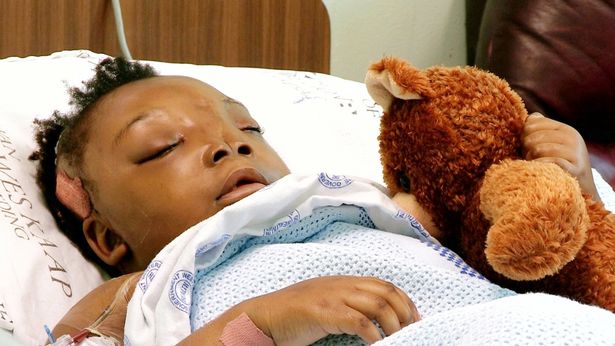 Although Grace’s case came to the attention of the World Craniofacial Foundation (WCF)1 in 2008, she was deemed far too young for surgery, as her bones needed time to strengthen. Yet when she was reassessed in 2011, the side effects of her deformities had rendered her too malnourished for safe operation. The heartbreaking but prudent choice was made to delay her operation for a second time and begin an intravenous regimen.

As Grace prepped for surgery, so too did Craniofacial Surgeon Dr. Kenneth Salyer and his colleagues, Pediatric Neurosurgeons Dr. Derek Bruce and Dr. Fernando Chico. According to Dr. Salyer, who is also Founder and Chair of the WFC, “Grace’s case was one of the most difficult ones in 40 years.” To navigate the tangle of challenges that lay ahead, Grace’s doctors turned to 3D Systems’ precision healthcare solutions and Virtual Surgical Planning (VSP®), a service that extracts 3D anatomical data from patient CT scans and transforms it into 3D tools to inform the upcoming procedure. In combination with 3D printing, VSP can be used to produce patient-specific models, guides and templates that can be sterilized and used in surgery to align cuts and positioning with the pre-surgical plan.

Grace’s requirements were extensive. Not only did her doctors need to make her a new cranial vault, but they needed to dissect, remove, and replace the mass of brain at the back of her mouth in order to install it. She was also missing a large section of bone in her forehead and at the tops of her eye sockets, which if left untreated, would require her to wear a protective helmet for the rest of her life. Secondary to these matters, but a feat in and of itself, Grace’s eyes needed to be moved closer together. Given these many interconnected pieces, it is no small wonder that Grace’s doctors referred to her case as an “anatomical puzzle.” 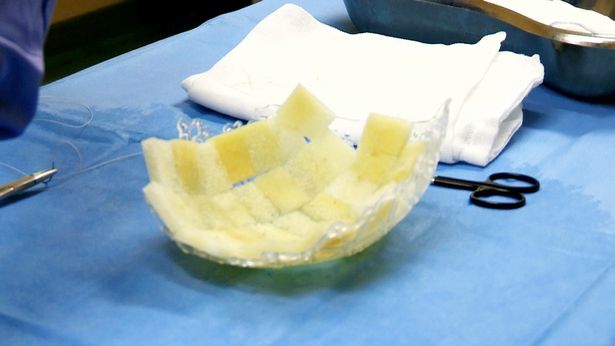 After two surgeries, Grace’s operations are nearly complete. Her palate and mouth are closing properly, and her skull is calcifying with her own bone. “We were able to move the pieces of the entire anatomical puzzle into precise position only because of the guides created by 3D Systems from the 3D models,” says Dr. Salyer. “Without them, the precision required would be impossible.” With the help of 3D technology, Grace is now eating, speaking and breathing like a normal eight-year-old.

1The World Craniofacial Foundation provides help, hope and healing for children with craniofacial abnormalities and their families. Learn more at the organization’s website.

The 2022 Rapid + TCT event was held at Huntington Place in Detroit, Michigan where 3D Systems joined other additive manufacturing experts to share unique advancements in the industry. This year the 3D Systems team came to the show and highlighted how...
5 min
Article