Geomagic Design X enables Local Motors, the first disruptive entrant in the US automotive industry in decades, to accelerate their time to market using the power of 3D scanning.

Imagine you could sit down with Henry Ford in the early 1900s as he described his future vision of a production line, yielding affordable cars for the rest of us; or with Ferdinand Porsche as – amidst the scarcity following the war – he envisaged an enthusiast’s vehicle based on a mix of components from VW, and a lighter sportier chassis. Speaking with the staff at Local-Motors is a similar experience. These visionaries have a passion for automotive mass customization, as radical as Mr. Ford’s or Dr. Porsche’s ideas were in their time. 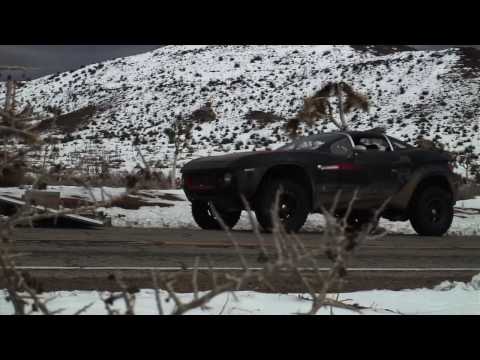 More than a new custom car, Local Motors is developing a community to bring the designer, the manufacturer and the enthusiast together to build a shared vision for an automobile. When we say custom, we don’t mean the sage green interior option on your dad’s Buick, it goes much deeper than that. LM plans to give you the choice of body styles, selected from the design contests they host each month, and a choice of power plants, drive trains and even fuels. Local Motors’ first production model is the Rally Fighter.

Their concept for production shuns the massive, centralized production plant, in favor of smaller local manufacturing cells. Each cell will offer assembly, sales and post-sales service, while still enjoying the advantages of centralized purchasing, fabrication and assembly of common parts like chassis and drive train. As the web site claims: “If the mass production and marketing methods of Ford and GM ushered in the first generation of auto manufacturing, and the lean Toyota Production System ushered in the second, Local Motors represents the first fully functioning “Automotive 3.0″ company”.

Radical? Yes, indeed. So you wouldn’t expect their design process to be anything but avant-garde too. For instance, when the engineers create tooling from clay concept models, they wouldn’t settle for yesterday’s technology. Local Motors selected 3D Systems’ 3D scanner. They use the 3D scanner to quickly scan off-the-shelf components and create CAD models for fit checks and virtual assembly, and to capture the sweeping forms of the conceptual clay models from which the production tooling is made.

Getting the scan data into an editable CAD format proved more challenging than was apparent at first. Local Motors initially purchased another reverse-engineering software product, but they were not satisfied with the NURBS shape data it created. The vendor had promised “parametric surfaces”, but Local Motors needed more than that – they needed to combine their engineering know-how with the geometry from the scanner to create CAD models, without having to jump back and forth between their CAD package and reverse engineering software.

After this false start, the clouds parted when Local Motors was introduced to Design X. Mike Pisani of Local Motors has blogged about the experience. “This software allows engineers to capture the design intent of a scanned part and extract both the prismatic features and the freeform surfaces for use in a CAD package such as SOLIDWORKS.”

Jim Green of JMR Systems, a 3D Systems reseller, compares different reverse engineering processes as follows: “The surface-based process that Local Motors was using required them to make a watertight mesh from the scan data, then a surface model, before they could import the surfaces into CAD and finally begin the CAD modeling. Geomagic Design X gets right to the point, making CAD models directly.”

The first application of the scanner was to create CAD models from parts supplied by outside vendors, like the supercharger shown below. Dimensionally correct models were needed for fit checking within the confines of the newly design regions like the engine compartment. For this job, fine detail was unnecessary, but the means to parametrically adjust certain parameters was desirable. Local Motors used a combination of rapid surfacing and parametric modeling to generate a parametric CAD model with the editable dimensions on the critical features, and surfaces to describe the invariant portions.

Pisani observed: “The mesh and surfacing (operations) were like learning a new language. On the other hand, Design X’s interface works almost exact to SolidWorks, so this is a nearly seamless transition for our team from scanned data into a model that can be identified and mated to assemblies in SolidWorks.”

The combination of the 3D Scanner and Design X are enabling Local Motors to realize the savings they had expected from this technology, and accelerating their time to market. To see how 3D scanning can help your company, contact 3D Systems today.

Get a Free Trial of Geomagic Design X Scanning Software