Nanci Gasperi doesn’t consider her new business to be a technology company, but she is the first to admit that her product would not exist if it weren’t for 3D reverse engineering.

Gasperi and designer Stephen Cascio have created a line of elegant soap holders made of bronze, granite and stainless steel that hang over the sink, holding the soap in midair with a magnet. They named their company Noveletti to reflect the novel idea behind the holders.

“Our products are the essence of Stephen’s individual expression. Yet the simple, elegant designs came to life with the use of advanced software,” Gasperi says. “The technology behind the tools allowed us to arrive at the simplicity of the design.”

From Simple Function to Artistic Expression

Noveletti’s soap holders are designed to hover over the sink. Users just need to press a small no-rust metal cap into the bar of soap (any brand will do), and it attaches to a magnet concealed in the soap holder. The design prolongs the life of the soap and eliminates residue build-up. But most of all, the soap holders enhance the beauty of a bathroom.

The idea came from a gift Gasperi received from a friend’s mother 25 years ago.

“She gave me this plastic magnetic soap holder from Germany that hung from the wall,” she says. “I took that concept and modified it so that the soap hangs over the sink and drips directly into it. I also thought it should be something that added flair to the décor. I believed the holders could rise above their simple function and also be beautiful and graceful.”

Gasperi approached Cascio, a Wisconsin-based graphic and product designer, to create original designs for the soap holders. He came up with several different designs, all of which were shown to focus groups to decide which ones to test-market.

“Stephen Cascio created exquisite designs from very diverse materials,” Gasperi says. “But we needed to know whether this was something people would use and want in their homes. They were very well received.”

With the success of the focus groups, Gasperi’s product drew the attention of a popular chain store, which was interested in test-marketing the soap holders during the Christmas shopping season.

“We were under a lot of time pressure to get these first test-market samples made up,” Gasperi says. “We tried to produce investment casting using rubber molds to form the waxes, but long cooling times stifled the output and raised costs.”

The process not only had to be quick, it also had to retain the integrity and uniqueness of Cascio’s intricate designs. Gasperi took clay models of Cascio’s designs to Advanced Design Concepts (ADC), a Milwaukee design engineering firm, to come up with a more cost-effective and quicker way to produce the products.

“We worked with ADC on three units: a flower-petal design that would be made out of stainless steel, a sunrise design made out of bronze, and ‘Bloom,’ a stem and leaf shape made of bronze,” she says. “ADC brought technical expertise, equipment, software, a fast turn-around and enthusiasm to the project.”

Gasperi provided ADC with clay models of the soap-holder designs. Greg Groth, an engineer at ADC, scanned the models with a white-light scanner and brought the resulting point cloud data into Geomagic reverse engineering software from 3D Systems.

“Once the file was brought into Geomagic , we solved issues of symmetry and the overall look of the part,” says Groth. “Geomagic's polygon manipulation tools allowed us to correct any discrepancies once the model was mirrored.”

Mirroring within Geomagic allows an artist or engineer to scan only half of an object, then create a symmetrical equivalent for the other side. The two halves are then brought together for a single design. This saves scanning and processing time.

“It is common when mirroring sculpted parts to see a visible seam because the two sides are not perfectly tangential,” says Groth. “Geomagic allowed us to cut out that seam and fill those areas to make them tangent.”

Groth then modified the intricate holder portion of the design to follow the contour of the soap. Once the shape and look were approved, the surfaces were created and a final NURBS model was output.

“Geomagic allowed us to make changes to polygon models on the spot with the customer watching instead of having to continually resculpt and rescan,” Groth says.

The NURBS models were imported into PTC’s Pro/ENGINEER software to create the final digital models. The entire process took about a day and a half, and the resulting file came within .001-inch of the original clay model.

Once the digital models were completed in Pro/ENGINEER, Gasperi took the SLA files to an investment-casting company, had hard tooling cut, and 200 sculptures cast of each design. The units were subsequently polished and finished. They were all ready in time for the Christmas season, and initial sales were encouraging.

Since then, the soap holders have been selling in area home decorating stores and in April earned an award for best new product at an industry-wide trade show. Gasperi hopes to branch out to national chains and eventually offer other uniquely designed products.

“We found the perfect way to quickly bring these products to market using Geomagic and CAD software,” Gasperi says. “Seeing the products from all angles helped us to reduce the number of costly prototyping steps. And, the images produced in Geomagic were used to prepare patent drawings.”

The simple and accurate 3D reverse engineering process also allowed Cascio’s design work to show through in the final product.

“One of the real advantages for us was having confidence in the overall modeling process,” Gasperi says. “It allowed Stephen to focus on what he does best: express himself through creative approaches and design, rather than being forced to become an engineer in order to realize our vision.” 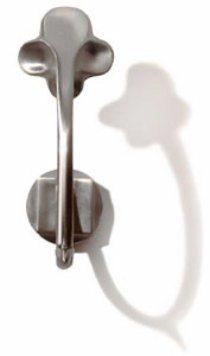 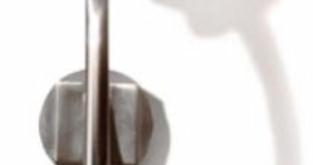 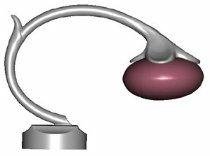 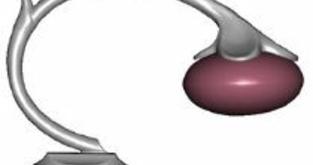