Restoring The Beauty To A Vintage Porsche With Geomagic And 3D Systems’ Quickparts.

Tastefully restyling vintage Porsches is in Rod Emory’s blood. It’s a family tradition that started with Rod’s grandfather, Neil Emory, a renowned custom car builder in Burbank, California. Rod’s father, Gary, was a countercultural influence whose restyling designs ranged from the original “Baja Bug” to race-inspired street variations of the venerable Porsche 911. The unique Porsche 356 street and competition cars restyled and raced by Rod and Gary, whose aesthetics frequently offended brand “purists,” came to be known, fittingly, as 356 Outlaws.

Emory Motorsports has restored historically significant Porsche race cars and built 356 Outlaws in their Oregon and California facilities since 1996. The spirit of the Emory bloodline remains true today: to make old Porsches far better than they ever were, mechanically and aesthetically. Yet for the ultimate brand enthusiast, the Emory Special, of which only a precious few have been made, is the benchmark by which others in the genre are judged. Specials are one-off cars whose combination of design and mechanical components will not be duplicated. 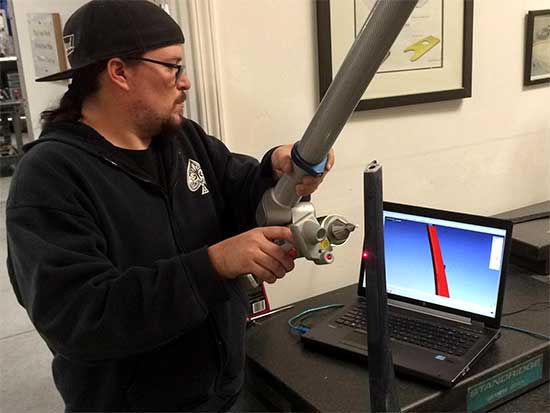 With his design consultancy on the rise and with the technical precision required for today’s manufacturing processes, Rod Emory’s creative team has needed to marry old-world fabrication techniques with the latest 3D tools, including Geomagic software and 3D printing from 3D Systems On Demand Manufacturing service, Quickparts. This combination of scan/design technology and rapid prototyping came in handy in January of 2015 when a customer asked Emory to help restyle the windshield frame for an early Porsche Roadster.

“Our customer wanted to update the windshield design with a lower and leaner profile than the original, while still paying tribute to the car’s design aesthetics,” said Rod Emory. “Obviously 3D CAD data for cars this old doesn’t exist, but we can use 3D Systems Geomagic Design X software to scan a car or its components directly into CAD and design on top of it.” 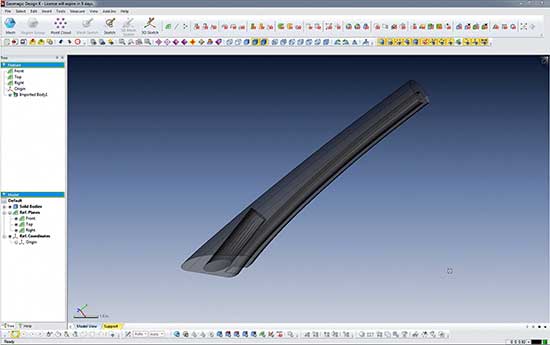 Said Rod, “Design X made it easy to seamlessly push data from our Faro Arm’s laser scanner to the CAD environment. Using data points acquired by scanning, we were able to restyle the “A-pillars” (the parts of the windshield frame that bookend the glass) within the existing parts' footprint.”

Since computer simulations can only communicate so much, the Emory team wanted to check the new part’s size and fit on the real-life car before committing to full production. So, they decided to 3D print a prototype with help from Quickparts. Quickparts is a leading, global on-demand 3D parts printing service whose customers quickly receive no-obligation quotes for their parts while offering fast online workflows and expert advice. 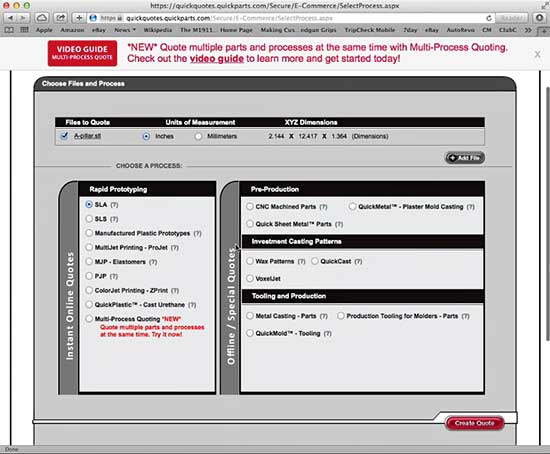 “Once our solid model was prepared, we went shopping for 3D printing services. Since the 3-D printing landscape is so new with a wide variety of build methods and materials, we didn’t have to search long before we found Quickparts.com and were intrigued by its QuickQuote process. 3D Systems really understands the challenges customers face while sourcing this type of service and the need for comprehensive information and material choice.”

Continued Rod, “The Quickparts web site was easy to navigate. We uploaded our model, talked to customer support about the best printing processes for our part and their respective prices, then plotted a path forward. We finally settled on SLA output, using an ABS-like grey material. The part arrived sooner than we expected—about a five-day turnaround in total.” 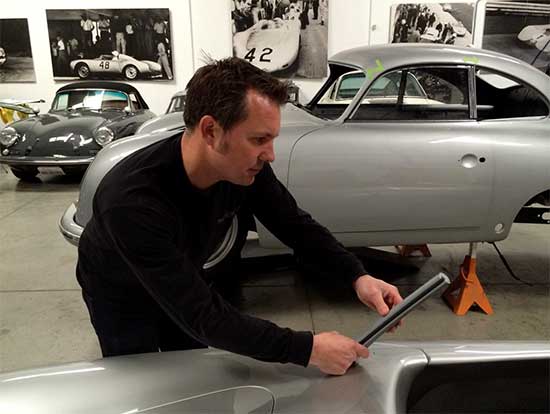 Emory got the part and test-fit it to the vehicle while the customer watched and who then immediately provided feedback about the design. This kind of “closed-circuit” validation is critical to successful design processes and wouldn’t have been possible without 3D printing.

“The SLA print we received was impressive, with very high fidelity and perfect finish,” said Rod. “On a different kind of project, that print could even have been used as a finished part. Quickparts’ service will definitely be part of our workflow in the future as a way to improve our prototyping, minimize waste and reduce our production costs.”