Since 1997, when the British took home the land speed record in Richard Noble’s Thrust SSC, it has been the vision of Ed Shadle and Keith Zanghi to bring it back to the USA. Over the last decade, that vision has developed into reality with the birth of the North American Eagle (NAE) land speed record vehicle created from the fuselage of a Lockheed F-104 fighter jet and engineered into a 56-foot long jet powered car. With an aim to reach more than 771 miles per hour, this feat of engineering has not only tested the ingenuity of the team but delivered innovations along the way that will impact vehicle design in the future.

As the team moves into high-speed testing in 2012, so the team has stepped up its engineering work in integrating more advanced telemetry, high-speed parachutes and magnetic anti-lock braking systems, among others. Fundraising, constantly a challenge for the team, has increased, while additional drivers including Valerie Thompson, a motorcycle land speed racer, have joined up and some full-time engineers have been added.

But this increased emphasis to go into high-speed testing comes not a moment too soon – competing bids from both Britain and Australia are in progress, with the BloodhoundSSC from Richard Noble set to go into testing at the end of this year. Who will win? With the massive funding for the British team, it might seem inevitable that the North American team is impossibly positioned. But history has repeatedly shown that all the funding in the world can’t replace good engineering - accompanied with a little bit of luck. Maybe the North American Eagle team will have both.

Engineering a Jet that Flies Across the Ground

The original F-104 fuselage is delivered

In 1998, the Washington State-based team took possession of a Lockheed F-104 Starfighter jet and started adapting it for use on the ground. Using spare time and weekends, the team began by renovating the airframe, while the engineers had to develop a suspension, braking, and wheel system. Rebuilding and testing a surplus jet engine was necessary to provide the horsepower to propel the Eagle. Once the vehicle started to take shape, the engineering team realized that one of the keys to success would be in ensuring that the vehicle’s aerodynamics and shock resistance were perfect.

To do this, advanced Computational Fluid Dynamics (CFD) and Finite Element Analysis software was needed. And before that could occur a perfect 3D model of the vehicle was needed.

“We considered starting the model from scratch in a CAD system,” said Ed Shadle, co-founder. “But we realized that there was no way we could create it though manual measurement: The shapes were just too complex, too unique, to recreate manually.”

Scanning the vehicle with a FARO scanner

Reading about 3D imaging – the process of taking 3D scan data and interpolating it into usable 3D data – Ed and Keith approached Ping Fu, CEO of Geomagic, for help. Geomagic delivers software for creating highly accurate, usable 3D data from scan data which can then be used for engineering, design and manufacturing purposes. Ping put some of the Geomagic team on the case and before long the project was underway.

Using a Photon Laser scanner from FARO and Capture 3D technologies, a point cloud containing 30 million points was created by scanning the vehicle. From here, Geomagic Design X quickly read and transformed the points into usable, precise 3D data. The 3D model was imported into CFD and FEA software to help the team discover airflows, measure the effect of shock waves, how the use of different materials could affect performance and more.

“Having the 3D data to analyze allowed us to move forward quickly and confidently,” said Keith Zanghi, co-founder. “We discovered aerodynamic issues that would need to be resolved before we could even start testing. But more importantly, we also started to understand how changes to the vehicle body could significantly improve performance, stability and safety. It was a key turning point between having a good idea and creating a viable vehicle.”

An Aim to Break the Sound Barrier

Shock testing during analysis of the 3D model

Since 2006, the NAE vehicle and team have been doing serious testing, going from 200 mph tests through to 441 mph, each time having to go back home and redesign, and often invent, new technologies that would withstand the shock of breaking the sound barrier while on the ground.

This research and innovation mean that the team has developed new magnetic braking systems that generate 3600 brake horsepower at 800 mph without wearing out. The speed of the machine has forced the creation of new high-speed bearing and special lubrication designed for wheels that are safe up to 950 mph. New high-speed parachutes were required to ensure that the vehicle would stop, while the team has been testing new nanolaminate materials that are of future interest by the US military.

Now the eyes of the world will be turned to the upcoming high-speed testing by the team, set to occur over the next few months, which will show if the North American Eagle has the potential that its founders have always envisioned.

To find out more about North American Eagle and to support the effort, please visit: www.landspeed.com 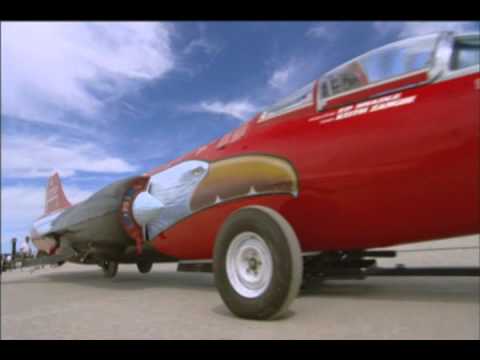 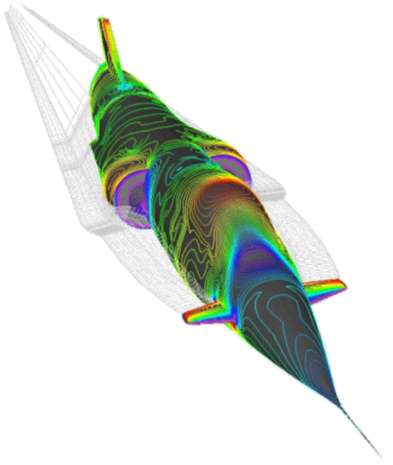 airflow analysis on the 3D model 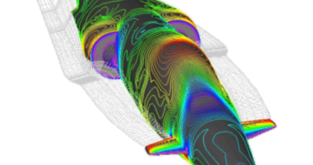 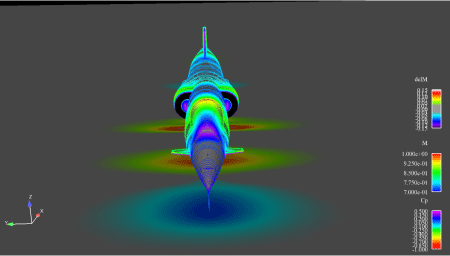 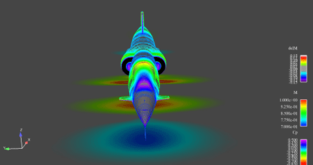 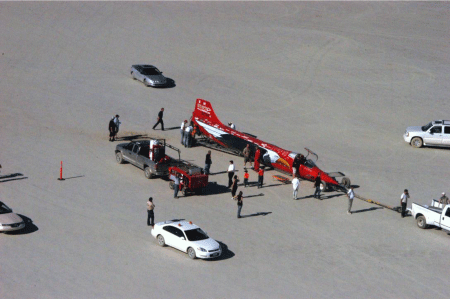 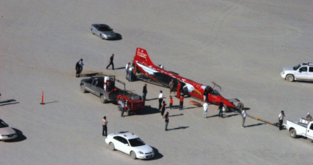 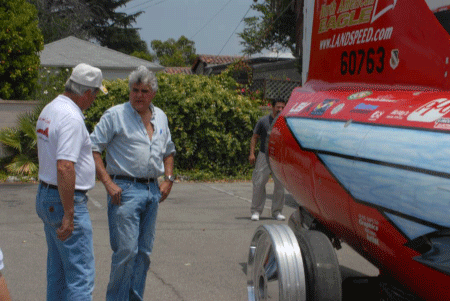 Showing off the vehicle with Jay Leno during the team's many fundraising tours and efforts. 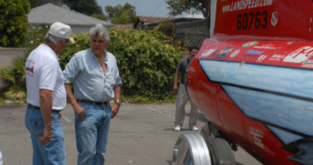