EMYS Is Watching You: MultiJet Printing Speeds Up Robotic Project

LIREC is a European funded research project that explores how we live with digital and interactive companions.

As one of 9 partners in LIREC, the Department of Fundamental Cybernetics and Robotics at the Wroclaw University of Technology in Poland develops EMYS, the robotic head project initiated by Professor Krzysztof Tchon and his team of eight specialists. EMYS’ purpose is to examine the functionality of the construction in the scope of human-robot interaction. In this specific subproject, the task was to implement a turtle shaped head which is able to generate facial expressions.

The novelty of the design made it impossible to use off-the-shelf solutions. Both the head hardware and software had to be made from scratch. Finding that using traditional milling or tooling methods to produce the shape of EMYS was too time-consuming and costly, the project team began looking for ways to accelerate the effort. In their search, which included making the production process more cost-effective, they found the right partner, Cad-Mech, a construction service office and Polish reseller of 3D Systems personal and professional 3D printers.

When preliminary testing proved that the ProJet™ parts fulfilled the project requirements, every single EMYS cover element, from the head cover to functional parts like the moving eyelids and the connectors linking the eyes to the servomotors, were produced using the ProJet MJP 3D printer (previously called the proJet HD 3000 3D printer in a matter of hours. The printed functional parts were assembled with the other mechanical parts and electronic components. Finally, the smooth, outer parts of the head, painted for aesthetics, were put into place. Colleagues from the other European Universities followed the birth of EMYS and were really interested in the ProJet Professional Printer which turned the head project into reality so quickly.

After the first head went “live”, two additional heads were produced, assembled and sent to the LIREC partners in Portugal and the UK. 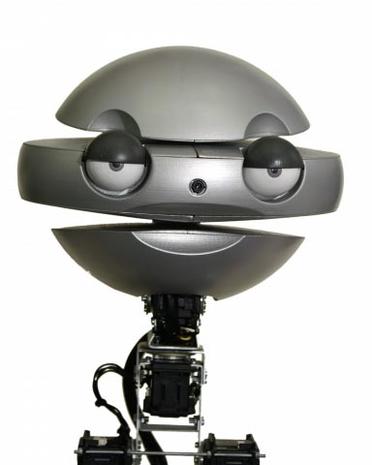 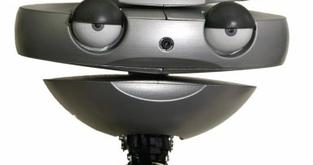 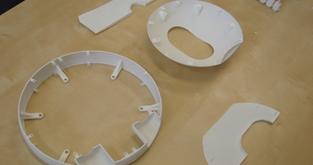