The US Central Identification Laboratory of the Joint POW/MIA Accounting Command (JPAC) is refining techniques for identifying remains. Using CT scans and the ProJet CJP they are able to produce accurate and detailed prints.

The pain of having a loved one missing in action is hard for most people to grasp, pilot’s wife Norma Mitchell told LIFE magazine in 1972. “It’s the most continually draining thing you can imagine.”

Although everyone hopes for a miracle, knowing is far better than not knowing. That’s why the US Central Identification Laboratory of the Joint POW/MIA Accounting Command (JPAC) is refining techniques for identifying remains, even decades after death.

Among JPAC’s sophisticated tools is 3D printing technology for the creation of physical skull models. A 3D printer fabricates tangible physical models from 3D data, including CT scans, in much the same way a document printer produces business letters from word-processing files.

JPAC is printing 3D models of skulls from CT scans to refine forensics techniques – specifically, skull photographic superimposition – for identifying remains from the Korean War and other conflicts. Skull photographic superimposition is used in support of traditional identification techniques such as dental records, fingerprints, X-ray and biological profile comparisons. This work promises to lead to more events like JPAC’s recent positive identification of a Korean War soldier killed in 1950.

Skull photographic superimposition generally involves projecting images of unidentified skulls onto photographs of known soldiers to evaluate potential matches. It is especially helpful in cases where DNA is not available. The ProJet® CJP (Color Jet Printer) multicolor 3D printer is central to refining the practice, enabling JPAC to 3D print the CT scans of living people’s skulls for trials of the matching technique. With skull models of identified living persons, the lab can gather conclusive data on matching success rates.

JPAC is the only laboratory in the world engaged in this project, which will make the matching technique available to any qualified, trained investigator. The ProJet CJP’s uncompromising accuracy is vital to this highly detailed work, with a “t-test” finding no statistically significant difference between measurements of a skull and its printed model.

“We used to send out for models that cost a fortune and looked terrible,” says Audrey Meehan, DNA specialist and project leader for the lab. Her team determined it could create models more cost effectively in-house. “By 3D printing models ourselves, we’re getting a better product and saving time and taxpayer money.”

The laboratory has other, equally important applications for 3D printing, such as helping the nearby Tripler Army Medical Center. JPAC is using the ProJet to print skull and vertebrae models of neurosurgery patients from their CT scans. These accurate medical models enable doctors to better visualize and plan their procedures, meaning quicker operations, fewer surprises and better outcomes. Patients included an infant who required significant plastic surgery due to a birth defect and an adult who needed a growth removed. In a related application, doctors are using a 3D printed skull to test tumor detection equipment.

JPAC has also used the 3D printer in the preservation of battle scenes. The lab reproduced a jawbone from the crew of the Confederate naval ship CSS Alabama. The mandible had been fused to a cannon on the ocean floor and, after scanning, was printed with the ProJet. Although the remains were buried in an official ceremony as the last unknown Confederate soldier, JPAC has saved the reproduced model for its historical collection. JPAC also used the ProJet to print the skulls and hip bones of servicemen who died in the sinking of the USS Monitor in 1862. Those 3D prints are on display at The Mariner’s Museum in Newport News, Va., USA.

“Even the respectful internment of a single bone from a single Civil War soldier lends some comfort to families of MIAs,” says Meehan. “Our work, of which the ProJet  CJPis a significant part, is terribly important to both the living patients of the medical center and to the loved ones of soldiers who have made the ultimate sacrifice. 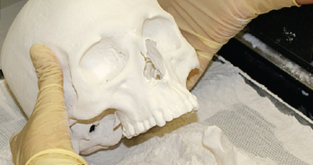 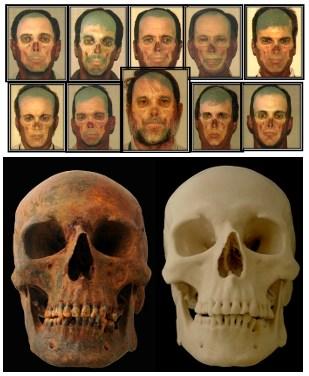 3D model skull (right) next to the original. 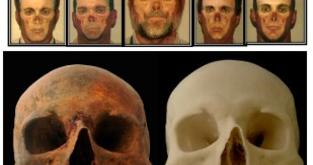 Get a Quote on a CJP Printer