Life is an intricate compilation of moments. When we look back on them as a society and as individuals, some of these moments strike us with special significance: the advent of the automobile; the introduction of flight; the ability to launch beyond the outer limits of our atmosphere and explore space. Last week, 3D Systems was honored by the American Society of Mechanical Engineers (ASME) for ushering in one of these society-altering moments via the commercialization of the first-ever 3D printer, the SLA-1.

Pioneered by 3D Systems’ Co-Founder and Chief Technology Officer, Chuck Hull, the SLA-1 not only reinvented prototyping on its way to transforming manufacturing, but also simultaneously enabled designs of unparalleled complexity, ultimately offering us a new way of thinking. In just 30 years, 3D printing has gained a foothold in a diversity of industries, earning the SLA-1 a place as an ASME Historic Mechanical Engineering Landmark. As a Landmark, the SLA-1 joins a list of over 260 game-changing innovations, including the Wright Flyer, Model T and Saturn V rocket. 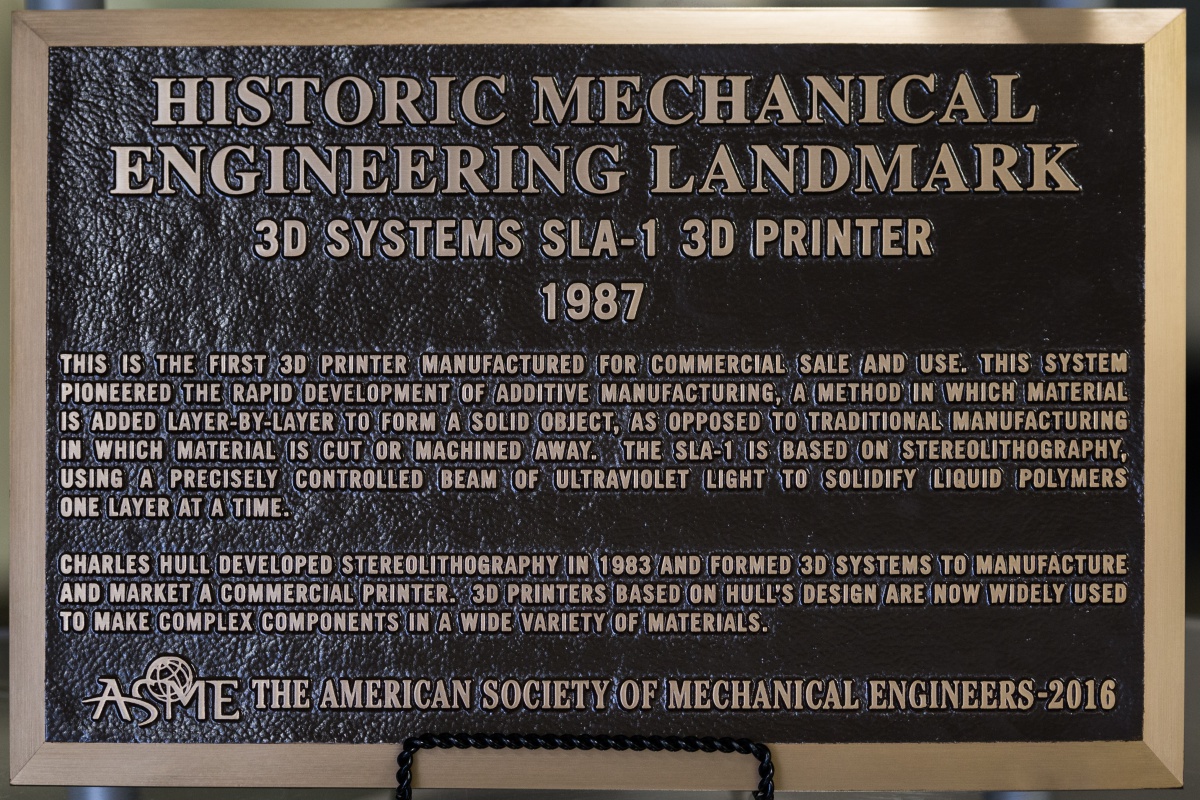 At the landmark designation ceremony at 3D Systems’ headquarters, Chuck Hull shared the story of his first print and his expectations and surprises in the decades since. Although he knew 3D printing would be a tremendous asset on manufacturing floors and in design labs, the spread of 3D technology into healthcare and the operating room was as unexpected as it has been impactful.

But this is just the beginning. With developments underway such as the ultra-fast, modular configuration of Figure 4 technology, 3D printing is picking up speed in both operation and adoption. We at 3D Systems are honored for Chuck’s recognition, but even more grateful for his continued vision and innovation.

The 2022 Rapid + TCT event was held at Huntington Place in Detroit, Michigan where 3D Systems joined other additive manufacturing experts to share unique advancements in the industry. This year the 3D Systems team came to the show and highlighted how...
5 min
Article

Throughout March, 3D Systems proudly honored the legacy of women all over the world and celebrated their contributions to history, culture, and society. As an organization, we invited our global team to participate in the following activities: Coffee...
3 min
Video Series