In the past, the OSU Team constructed intakes by hand, using pipes and composite materials - a time-consuming process that produced inconsistent geometries and ineffective design.

3D Systems, a team sponsor, used a highly productive sintering system in its Rapid Manufacturing Center (RMC) and tough DuraForm® PA plastic to built three complete systems with four runners with injector bungs from the plenum to the engine from the CAD created by the OSU Team. Thanks to 3D Systems' Quickparts, the sintered intake system evolved in design, complying with SAE regulations, and the final design was raced in competition.

"Both our competitors and judges were impressed with the quality of our intake system, and many spy shots were taken," said Jonathan Brady, Oregon State SAE Engine Team Co-Captain. "Due to the final design from 3D Systems, our engine was able to start dependably and make more efficient use of both fuel and air, which provided consistent performance as well as an overall lightweight system."

DuraForm PA plastic withstands the most challenging environments - including under-the-hood applications in motorsports. With high strength and heat and chemical resistance, DuraForm PA is a tough plastic for custom manufacturing of end-use parts.

The new sintered intake, measuring about 15 x 12 x 8 inches or 381 x 304 x 203 mm, was a big improvement from the intake the OSU Team had built by hand for competition the previous year.

"Hand manufacturing entailed bending and welding small sections of tubing for the s-curves, and a laborious process in composites for the plenum," Brady said. "Our team compared the two intakes back-to-back and immediately noticed how easily the car started, and the difference in both performance and fuel mileage."

The Road to Competition

Before the competition, the OSU team completed a full CAD model of the race car, advanced engineering analysis and testing, part manufacturing, vendor relations, and finance.

At the Fontana Speedway in California where more than 80 universities from around the world were competing,the OSU Team placed 10th in the Design category, 4th in both the Acceleration and Skidpad categories (no other team did so well in both events), and was on track to post the fastest lap times in Autocross and Endurance when they suffered oil shaft and sensor failures. Even with those failures, the team placed 22nd. 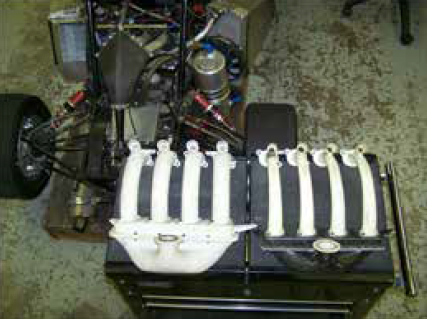 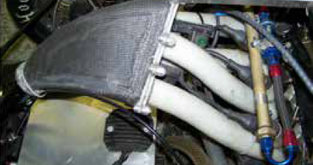 Get Started with SLS