Delays along the supply chain have the same effect on manufacturing as lane closings on highways. Nowhere is this more apparent than in quality inspection.

A New Take on Inspection

“Obviously, quality is a big focus for aerospace manufacturing,” says Reinhard. “And now the pressures for speed have led us to a new inspection process – one we hope can become standardized industry-wide.”

AMT’s new process starts with a Metron Systems’ MSG2 scanner that captures a manufactured part as a highly detailed 3D point cloud. The MSG2, an 18- by 26-inch cube, allows AMT to place the part ready for inspection on a rotating table and scan at a rate of up to 5,000 points per second. If the part is too large for the cube, the scanner can be moved and configured in a larger area to capture the necessary points.

The large numbers of points captured during scanning enables AMT to closely inspect complex contours, forms, shapes and holes quickly and accurately. This is a major advantage over CMMs, which can scan only 30 to 40 points in the time it takes the MSG2 to scan thousands. Metron’s system can complete a scan in about half the time it would take a CMM, according to Reinhard.

Another major advantage is automation: the Metron scanner’s automatic control and calibration means it doesn’t take highly skilled engineers to perform the inspection, and AMT isn’t tying up valuable time on two CMMs worth nearly $275,000 each.

“AMT works with highly reflective materials, traditionally a weakness for non-contact scanners,” says Clary. “Our system allows scanning of materials like aluminum and titanium without painting, dusting or other methods of alteration.”

Before implementing the MSG2 scanner, AMT’s first article quality inspection could take half a day to set up and hours to run. By changing to non-contact part verification and automating much of the work, AMT sets up inspections in as little as half an hour. The actual inspection might take only a few minutes. The reduced time saves manpower, cuts costs, and adds flexibility for design changes, according to AMT’s Reinhard.

“Faster response times are critical,” he says. “While CMMs are accurate, the high cost, slower speeds and difficulty correlating to 3D CAD models make them less conducive for adjustments during the manufacturing process. Customers like Boeing are pressured by OEMs as they try to cut inventory, and we need to decrease the time involved in the inspection phase of manufacturing.”

The second part of AMT’s new inspection process involves processing the 3D point cloud data for the manufactured part and comparing it with the corresponding 3D CAD model. For that, AMT uses Geomagic Control software from 3D Systems.

AMT loads the CAD model supplied by the customer and the point cloud captured by the Metron scanner into Geomagic Control. The CAD model and the point cloud are automatically aligned within Geomagic Control, and color maps depict deviations. As AMT runs graphical comparisons for dimensions, datums, features and other quality factors, the software automatically records the session for reporting purposes.

AMT uses the Geomagic Control reports to help designers decide what alterations are necessary, to make changes to its milling machines, or to certify that the part is suitable for further production. Reports can be formatted in HTML, PDF, Microsoft Word and Excel, allowing them to be used in print or online for collaborative assessments.

Behind the scenes, a template of information gathered by the MSG2 scanner and Geomagic Control during the first inspection of a particular part allows subsequent inspections of the same part without a new set up. AMT is using this capability to develop a library of 200 different part inspection profiles that will further automate its processes.

“Once the library is implemented, we will be able to put a part on the Metron scanner, hit a barcode, and automatically scan the part,” says Reinhard. “Geomagic Control will bring in data from the inspection library and then develop a finished inspection report without any user intervention.”

“Our obstacle is getting customers familiar with the process we use for the first-article inspection,” says Reinhard. “By creating an industry standard for non-contact parts verification, valuable time savings will improve the flow of the supply chain and relieve pressure on our customers as they move to just-in-time inventory and other cost-saving measures.” 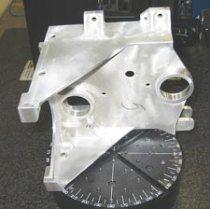 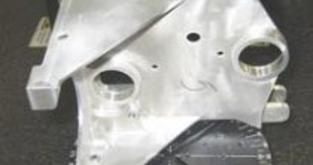 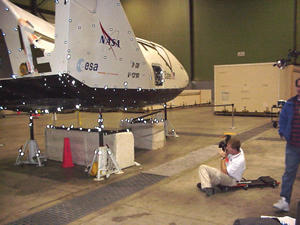 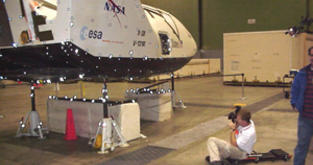