Mega Bloks, one of North America’s top 10 toy brands, faced a dilemma: The company wanted to create a curvy rally car toy, but its trademarked building system is based on geometric blocks.

With the rally car project, Mega Bloks wanted to achieve a die-cast level of realism. The company’s design team started with a series of sketches in the archetype of existing European rally cars. The sketches provided the basis for creating a clay model.

“We needed the car to be recognizable to the people who love rally cars, without stepping into the legalities of licensing,” says Mega Bloks design coordinator Yanick Tremblay. “We see so many cars each day that we have developed a keen eye for knowing if a car looks good or not. Going from a sketch to a clay model was a good way to approach styling.”

To save time and clay, the designers modeled only half the car, sculpting the clay on top of the company’s signature building blocks and then using a mirror to achieve the symmetry effect. They not only wanted to ensure that the style and shape of the car respected the limitations of the company’s construction system, but that “blocks wouldn’t be poking out of the fender,” says Tremblay. “We needed a good understanding of our dimensions.”

The model also enabled the designers to get approval quickly for the shape of the car.

“We could change the shape of the car in hours rather than days. If we were creating a CAD model, we would have spent maybe a month generating the shape. Not until it was completed would we learn if it was good enough.”

As Easy as Painting

Mega Bloks turned to Creaform to have the final clay model scanned and a Class-A surface created from the data. The system, a Zephyr laser scanner with an integrated Faro arm, was first positioned by a coordinate measurement machine. It then projected a laser line on the clay model and, with a camera, measured 600 points 60 times per second, for a total measurement of 36,000 points per second.

The laser line swept across the clay model, obtaining the required measurements in less than 10 minutes, according to Charles Mony, president of Creaform.

“You don’t have any contact with the part, which is a benefit,” says Mony. “You don’t deform the clay.”

A sketch of the rally car by design coordinator Yanick Tremblay was used as the blueprint for creating a clay model. 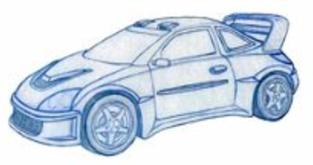 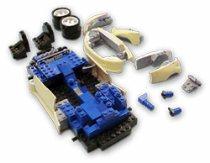 In an early stage of development, the rally car is assembled and disassembled to ensure that pieces fit well and are safe for children.

The clay model of the car, ready for 3D scanning, was created with Mega Bloks building pieces inside. A mirror provides the symmetry effect. 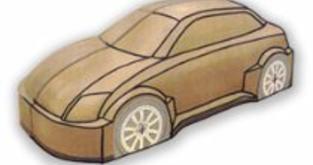 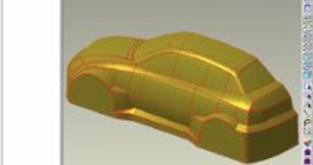 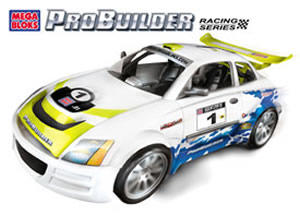 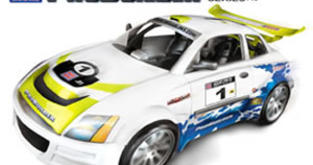