3D Printing the Mystery of the Brain

The 3D data file was huge and complex, and its sheer size made it a challenge to view and share, let alone 3D print it.

The human brain—an organ that, despite ever-advancing technology to scan and understand it, still remains very much a mystery to researchers and scientists. But that technology is allowing those researchers to advance the understanding more quickly, and it forms the basis of the Philadelphia-based Franklin Institute's new exhibit, Your Brain.

This vivid and interactive exhibit features a two-story neural network climbing model with lights and sounds that are triggered by footsteps. Numerous hands-on exhibit devices allow greater understanding of how our minds work, while another central feature is an intricate and stunning 3D printed model of the white matter patterns in the brain.

Lead exhibit developer Dr. Jayatri Das, Chief Bioscientist at The Franklin Institute, devised the displays as part of the new building expansion at the institute.

"Our philosophy behind our exhibits is to make real science approachable through hands-on, engaging exhibits," said Dr. Das. "From an educational point of view, we knew that the concept of functional pathways needed to be an important aspect of brain science that was addressed in the exhibit, and diffusion tensor imaging gets to the heart of the real science through which scientists try to understand the wiring of these pathways. The 2D images we had seen were really beautiful, so we thought that a large-scale 3D print would be perfect as an intriguing, eye-catching sculpture that would serve as both a unique design focus and a connection to research."

"The human brain consists of white and gray matter. The white matter of the brain contains fibers that connect gray matter areas of the brain with each other," he said. "Using an MRI scan of a 40-year-old man, we calculated diffusion tensors, and then created the white matter fiber tracts from them. We handed a surface model of the fiber tracts to Direct Dimensions for processing.”

The 3D data file was huge and complex, and its sheer size made it a challenge to view and share, let alone 3D print it.

Dr. Das and the team had long planned to 3D print the intricate 3D model. Once they had the data, they approached numerous 3D printing providers, only to be turned down.

"Everyone told us it was way too complex to handle on a 3D printer," said Donna Claiborne, Exhibit Project Manager at The Franklin Institute. "We were surprised because everything we knew about 3D printing said that it was good with complex shapes."

And the model was very complex. Each white matter pattern was described as a “strand,” and it had about 2,000 strands in the data. But the apparent beauty created by the complex strands was causing the model to be rejected.

The team at The Franklin Institute kept searching for a 3D print expert that would accept the challenge. They finally landed on Direct Dimensions of Owing Mills, MD. The team there, headed by CEO Michael Raphael, has been advancing 3D scanning, capture and digitization for 20 years and has a staff expert at every form of 3D. Their Art Director, Harry Abramson, took one look and knew what it would take to complete the project.

“We have an extensive track record working with extremely complex forms for 3D printing and digital art fabrication. I knew we could do it, the question was could we do it on budget!” said Harry.

Harry contacted his long-time 3D printing partner, Jason Dickman, president of American Precision Printing (APP), a 3D printing service bureau located in Tulsa, OK. “For an object this complex AND fragile in design, SLS from 3D Systems was the only choice. I called Jason and we went over the size constraints of the build envelope, the volume of the object and our lead time, and very quickly I had a price and his guarantee that they could build the brain as long as we could prepare the files. What we lacked in budget, we made up with having a long lead time, so the project was a go!”

"Fortunately Dr. Voss provided an amazing data set for us to start with. In order to print this at large scale, each of the thousands of strand models would have to be fused to create a single brain model that could then be sliced into printable parts that fit in the build envelope. The whole model would then need engineering and design modifications to ensure that it could be assembled precisely and support itself on its custom mount.”

Ultimately it took weeks of grueling work to prepare this file for APP. “This work required a highly skilled technician with just the right disposition. Without the right human resources, this project would have never happened," said Harry. "With about 2,000 strands to sort through, it was a task of immense proportions. Mind boggling in fact."

SLS technology from 3D Systems uses layers of plastic powder that are fused into a 3D definition by powerful CO2 lasers. The materials are robust enough for widespread aerospace and automotive uses, so they knew it would be perfect for this project.

The Direct Dimensions team worked on cutting the 3D data into pieces that could be printed within the size limitations of the SLS system. Once the re-engineered data was received from Direct Dimensions, the APP team went to work creating pieces of the model that would be printable on the sProHD 60 SLS machine at the Tulsa facility.

"The main challenge from my side was that the model is 26 inches long, my SLS machines are limited to a build size of 18 inches," said Jason at APP. "We would have to build, map, and assemble 10 abstract pieces into one single part.”

The team at APP used 20-22 hours for each build to complete. Once they came out of the printer, the team started to map and assemble the pieces into the finished model. Despite the extensive re-engineering of the 3D data, there were still a number of unattached strands that had to be assembled.

"It was a lot of work for all the teams, but we all knew from the first part that this was going to be stunning," said Jason. "It is a perfect example of the power of 3D printing and we were glad to be a part of something so powerful."

The piece, mounted in a Plexiglas box with lighting underneath the 3D printed model, forms a stunning centerpiece to one of the exhibit galleries.

"It has really become one of the iconic pieces of the exhibit. Its sheer aesthetic beauty takes your breath away and transforms the exhibit space," said Dr. Das. "The fact that it comes from real data adds a level of authenticity to the science that we are presenting. But even if you don't quite understand what it shows, it captures a sense of delicate complexity that evokes a sense of wonder about the brain."

Said Dr. Voss, “The 3D printed model is awesome and utterly exceeds even my most optimistic expectations. This was a fantastic project with an amazing team of people who made it come together.”

Visitors to The Franklin Institute can view Your Brain on an ongoing basis as the museum’s newest core exhibition.

Contributors to the project: 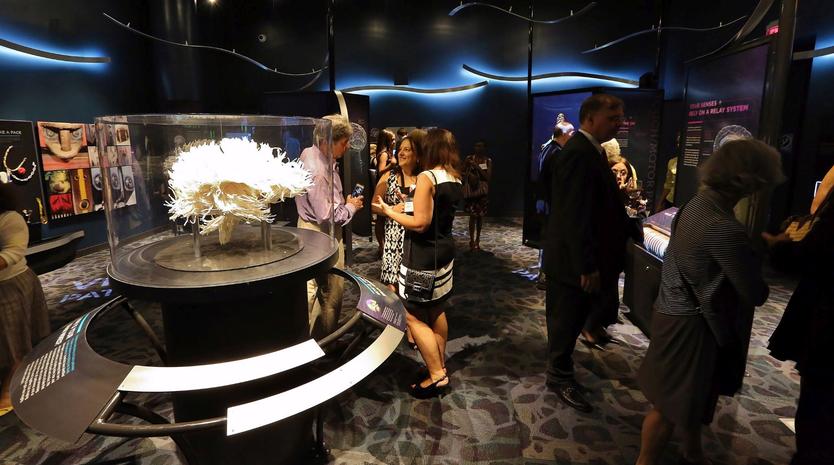 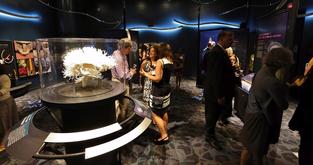 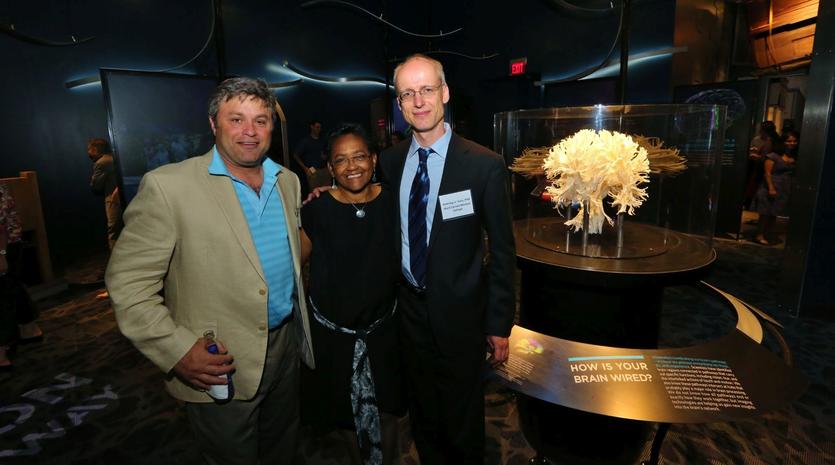 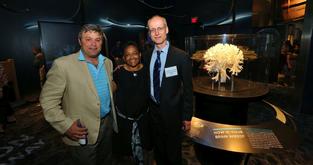 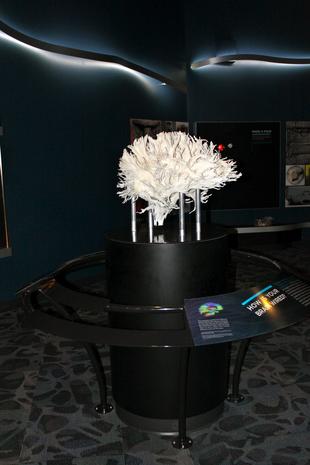 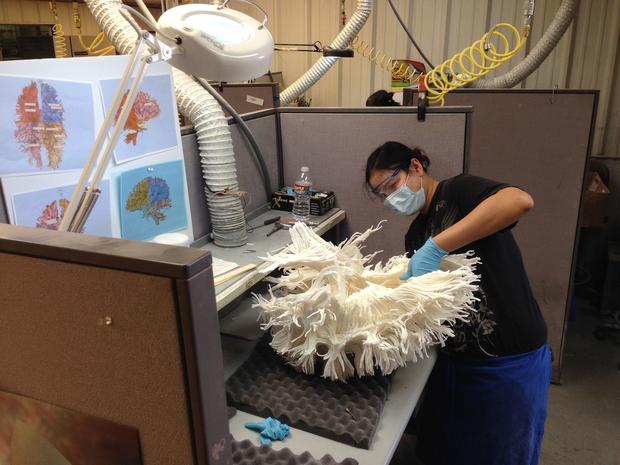 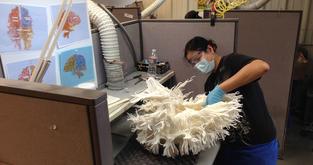 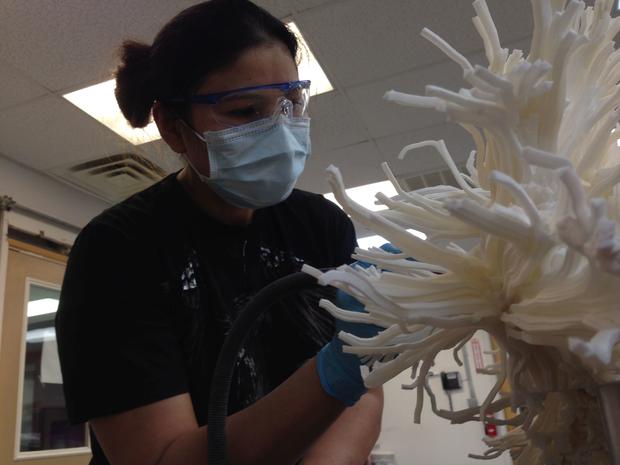 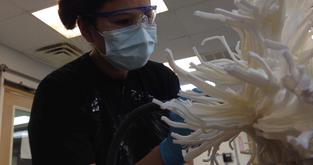 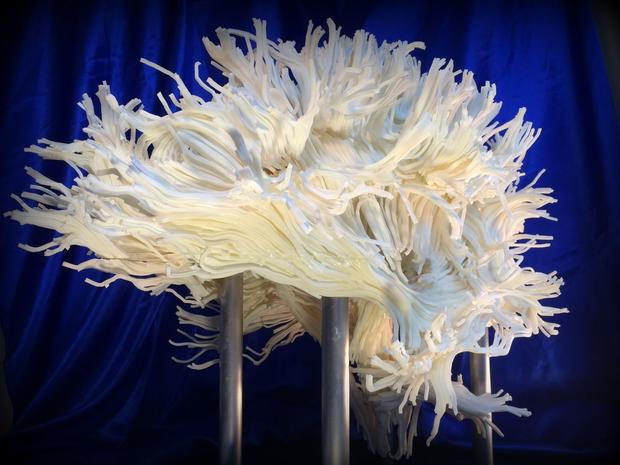 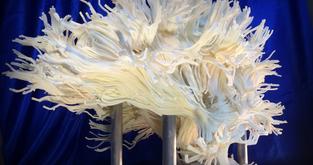 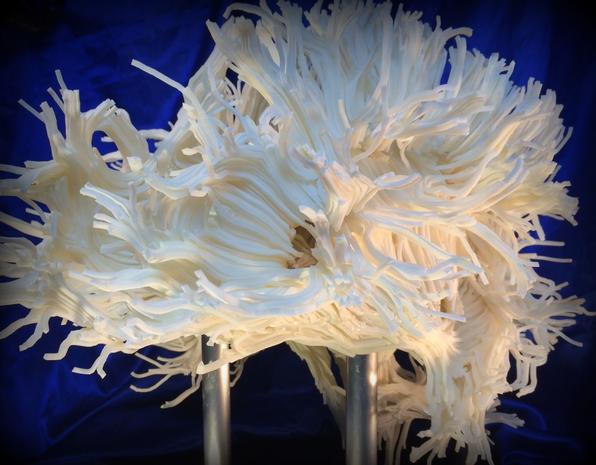 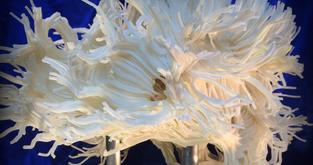 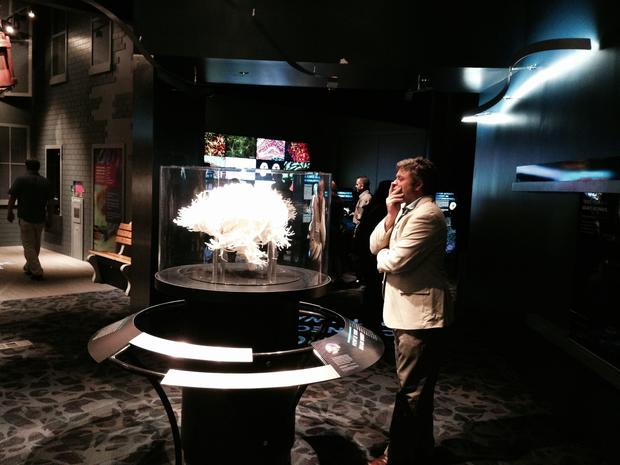 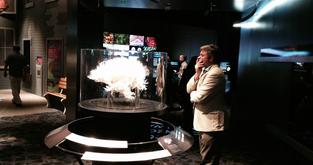 Get a Quote on SLS 3D printers

Get a Quote Now