SLA-1 in the National Inventors Hall of Fame Museum

Charles (Chuck) Hull created the first 3D printed part on March 9, 1983, through a process he invented called stereolithography. Chuck invented this technology after working for many years developing chemicals, and then switching jobs to find himself working with ultraviolet light. One such application involved curing materials, which made Chuck think about using plastics to form prototypes. At the time, designing an injection mold for plastic parts was an involved, one-off tooling process that took 6 to 8 weeks. It was often imperfect and required modifications that in turn required starting over. These tweaks stretched mold making into a multiple month process. Chuck wanted to find a way to create the first article much more quickly. After his first successful print in 1983, Chuck wanted to find a way to commercialize the technology, and it was from this notion that 3D Systems came into being. 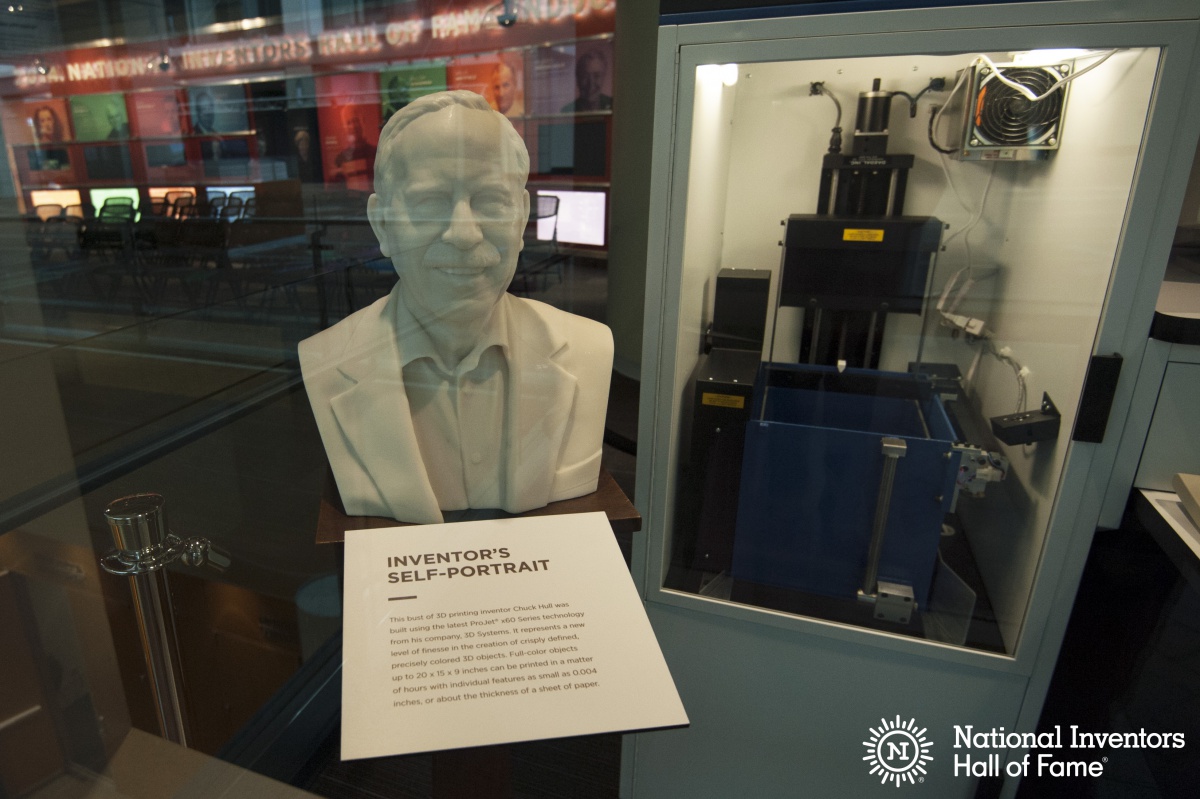 The automotive industry was keenly interested in 3D production for prototyping, and for the first five years, that was largely what the technology was for. In fact, it was mainly referred to as rapid prototyping. Although 3D printing became known for its application in prototyping, the technology has grown extensively, not only in methodologies, but in applications as well. According to Chuck, “Expanding applications goes hand-in-hand with understanding capabilities.”

Highly useful medical applications also became evident early on, one of the first among which was making medical models for surgical planning. This involved using imaging data to create 3D models that could assist surgeons in complicated cases. One of the earliest, most difficult surgeries Chuck recalls was one used to successfully separate conjoined twins. Chuck says this might be his favorite application to date.

When he first began 3D printing, Chuck hadn’t anticipated that it would go mainstream. Now that commercial printers like the Cube are thriving on the market, Chuck is surprised and delighted by their reception. “The consumer and maker movement has created a lot of awareness about the possibilities that technology makes available to people, and that has made people look at 3D printing as something they can now do.”

Chuck can only anticipate more being created with 3D printing as awareness and access grow, and says that the most exciting point of a technology is when it’s not exciting anymore.  The way Chuck sees it, “3D printing is just another tool, but it’s a very powerful tool that can create anything.” When asked how Chuck feels about his contribution to society through his innovation, he points to his routine as the best answer. “I should have retired long ago, but I haven’t.”

The first 3D printer ever made, the SLA-1, is now on display at the National Inventors Hall of Fame Museum in Alexandria, VA. Go check it out!