"We are pleased with our continued strong growth in printer revenue and units across platforms, in both plastics and metals, as well as continued growth in healthcare and software solutions. We are also pleased with the significant portfolio enhancements we made throughout 2018, our improved execution and the cost structure opportunities available to us as we enter 2019," commented Vyomesh Joshi (VJ) president and chief executive officer, 3D Systems.

"With multiple 2018 product launches now behind us, we are shifting our investment focus to materials innovations and software growth opportunities," commented John McMullen, executive vice president and chief financial officer. "We are very focused on reducing our cost structure and driving cash generation during 2019."

"We have made significant progress in our turn around and transformation work for the company. Our improved operational foundation, execution and unmatched portfolio focused on production solutions, position the company very well to drive continued and increasingly profitable growth in 2019 and beyond," concluded Joshi.

Q4 2018 Conference Call and Webcast
The company expects to file its Form 10-K for the quarter ended December 31, 2018 with the Securities and Exchange Commission on February 28, 2019. 3D Systems also plans to hold a conference call and simultaneous webcast to discuss these results on Thursday, February 28, 2019, at 4:30 p.m. Eastern Time.

A replay of the webcast will be available approximately two hours after the live presentation at www.3dsystems.com/investor.

Presentation of Information in This Press Release
To facilitate a better understanding of the impact that strategic acquisitions, non-recurring charges and certain non-cash expenses had on its financial results, the company reported non-GAAP measures excluding the impact of amortization of intangibles, non-cash interest expense, acquisition and severance expenses, stock-based compensation expense, litigation settlements and charges related to strategic decisions and portfolio realignment. A reconciliation of GAAP to non-GAAP results is provided in the accompanying schedule.

More information on the company is available at www.3dsystems.com 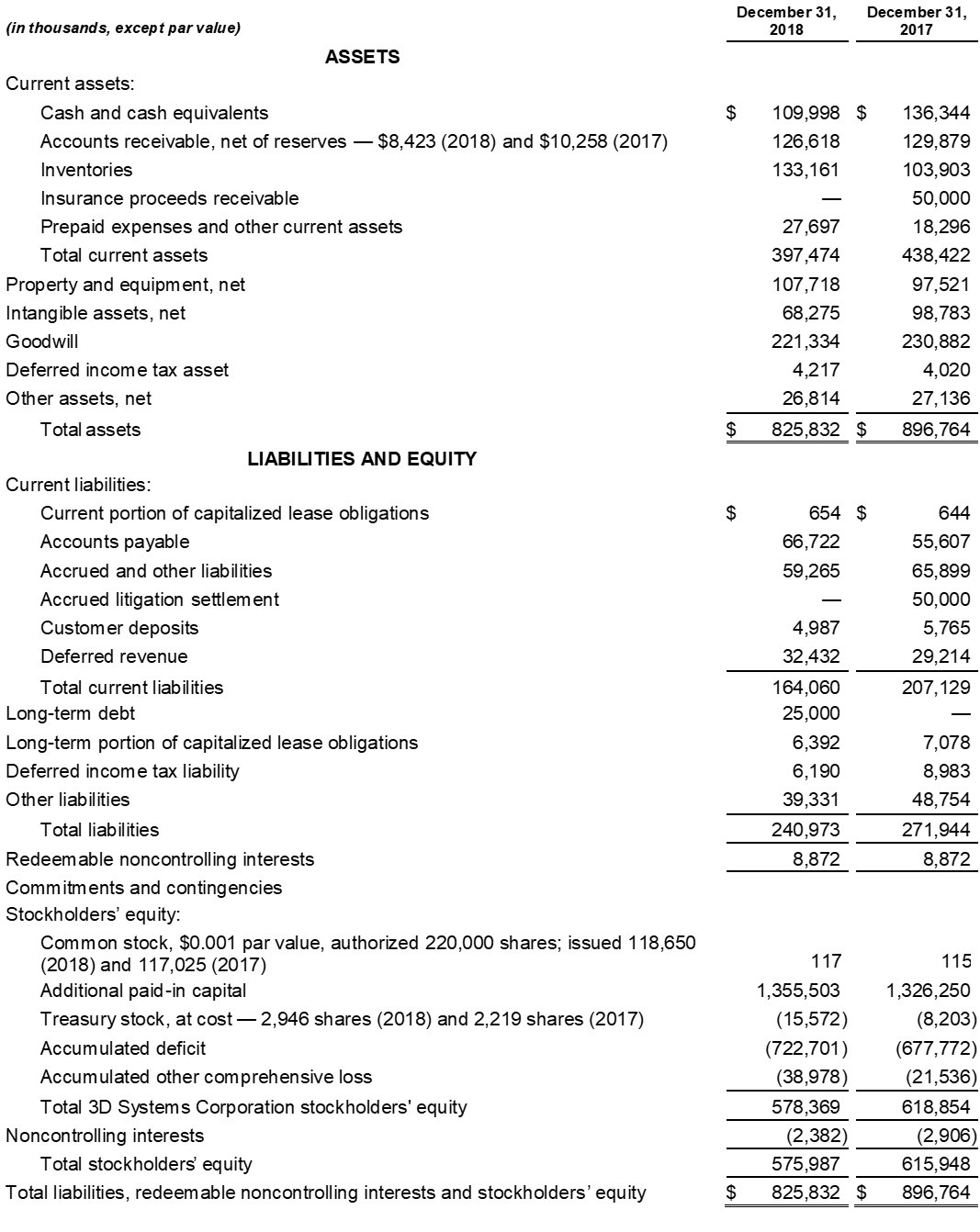 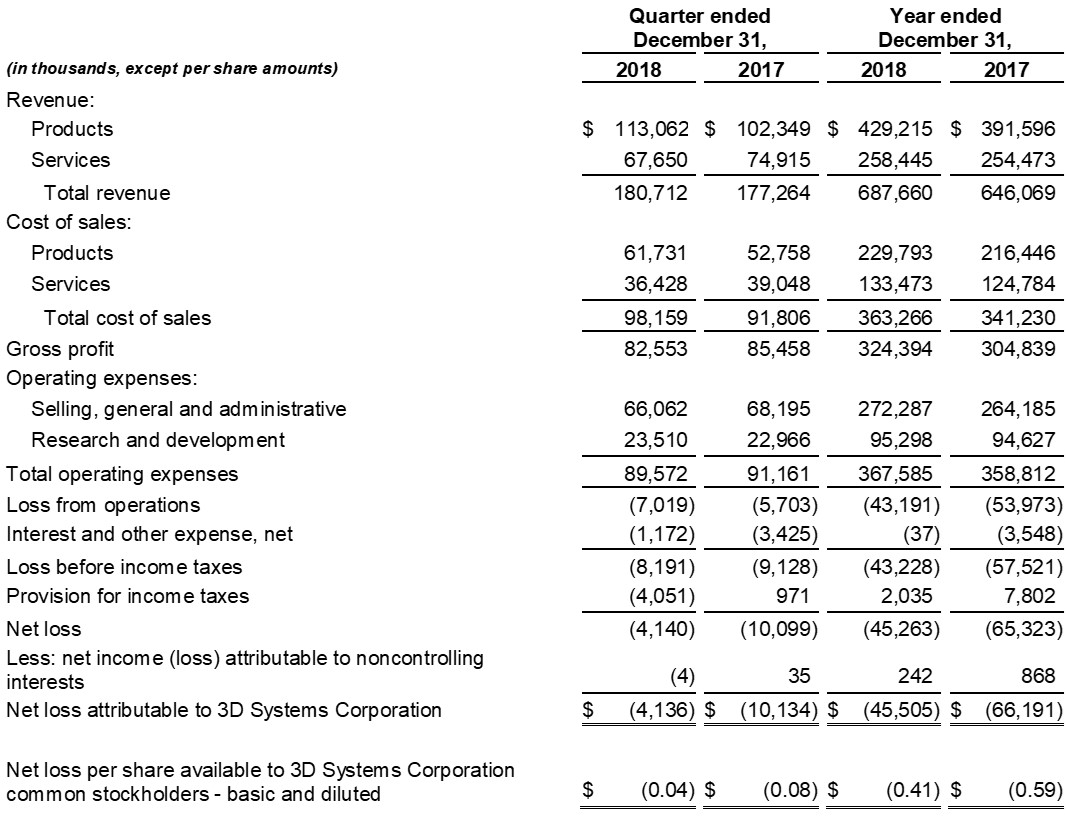 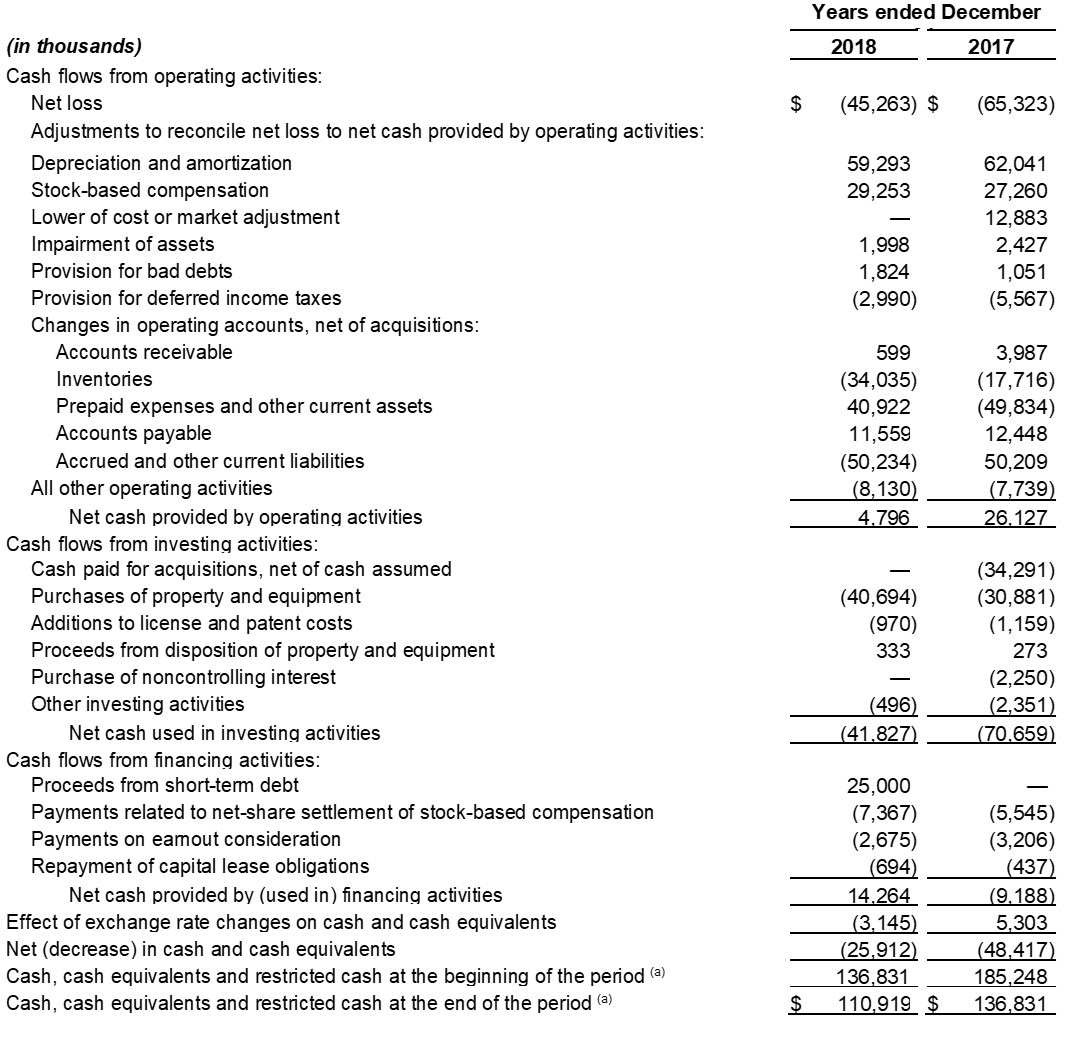