Since the invention of 3D printing more than 30 years ago customers have been working with 3D Systems to figure out ways to apply it. Alongside rapid prototypes, it was quickly realized that 3D printed investment casting patterns were quite viable and we worked out a way to deliver printed patterns from SLA using a build methodology called QuickCast®.

However, the additive technologies and materials are evolving now and will deliver an opportunity for more and more casting patterns to be produced quickly and inexpensively at that much-sought-after production-grade quality. In fact 3D Systems just released its new ProJet® MJP 2500 IC wax 3D printer that uses RealWax™ materials for direct digital production of patterns.

Patterns created in the 2500 IC are proving in tests to be cheaper than traditionally-produced patterns up to a volume of about 300 cubic inches with one 3D printer. Since additive uses a tool-free production method, production can start as soon as the CAD data is received, meaning that there is no 4-6 week wait for patterns – going into casting is almost immediate. Foundries that have been testing this system have been experiencing CAD data to casted part in 24 hours and have commented that the wax patterns printed on the machine drop seamlessly into the foundry process. Given that foundries can charge higher rates for rapid part production, this will end up being quite disruptive – until everyone catches up, of course.

As Engineering Program Manager for the ProJet MJP 2500 IC, I have been part of the team that has built and thoroughly tested the system and materials to make sure it works perfectly. Our team knows that to make a customer happy the printer must be reliable, deliver quality output and be easy to use. In combination with the 3D Sprint print preparation software (provided at no charge to customers) we know we are delivering a great experience for foundry managers and their teams.

This kind of development is all leading to what we call ‘The Digital Foundry’ – where there will be far less reliance on tooling, and foundries will spend less and less on storage of tooling and rely more on the archive and retrieval of CAD data to perform a job. We will see more developments of 3D Systems’ investment casting solutions that correspond to the need for production-grade casting patterns and maybe one day, we will see foundries that are completely digital. 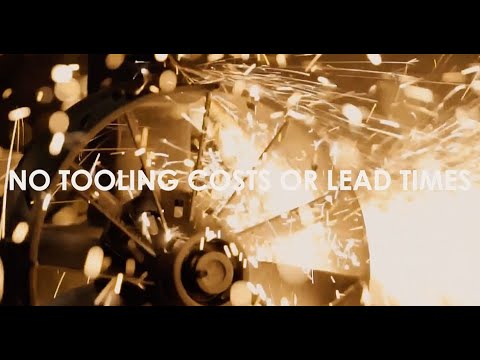