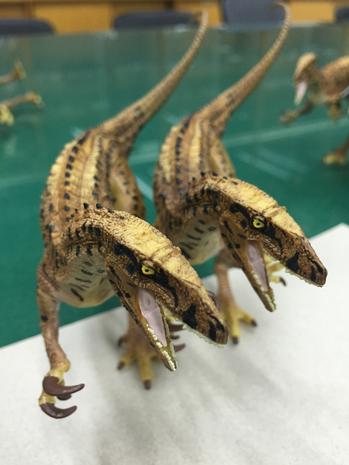 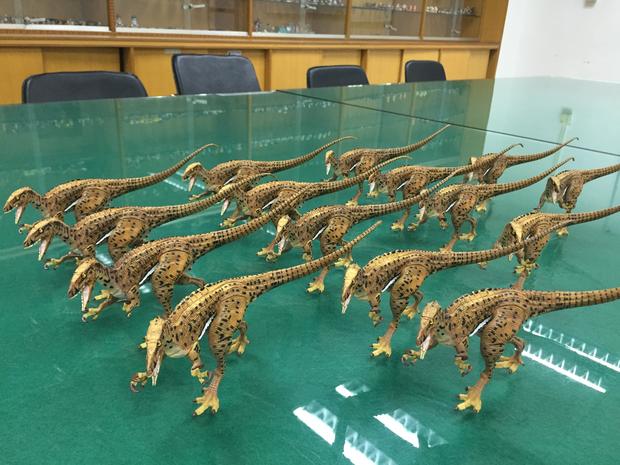 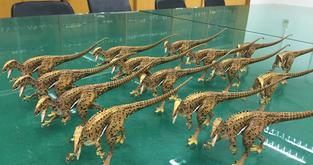 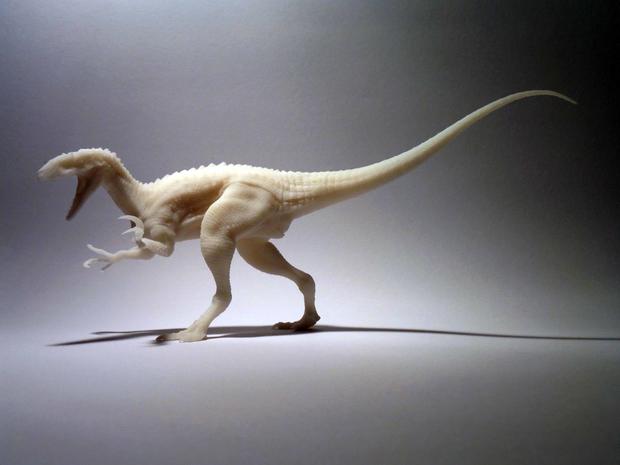 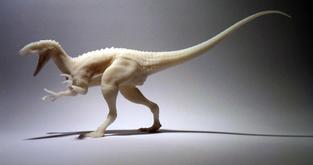 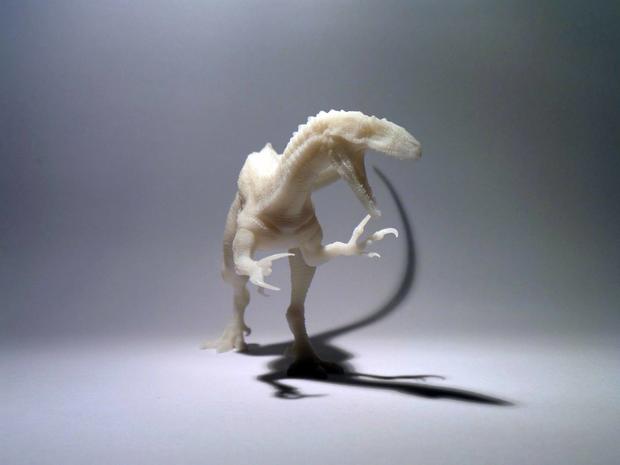 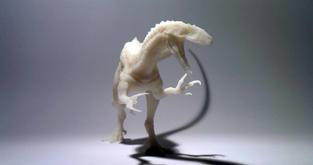 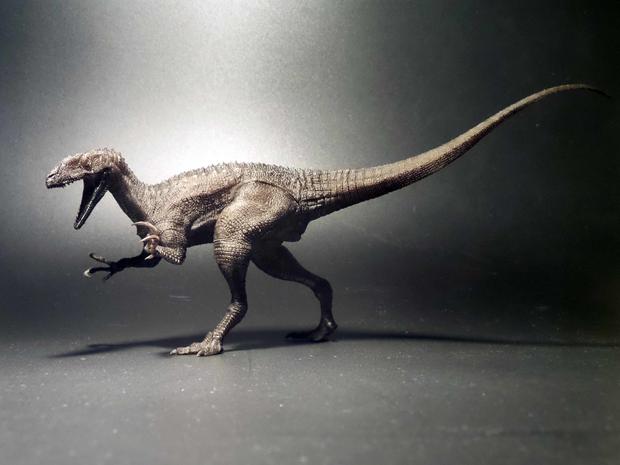 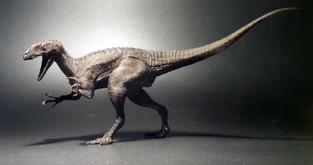 “We were impressed by the quality and the quick delivery of the model,” says Elliott. “The result was perfect and achieved an exact miniature replica of the life-sized digital file.”

You’ve seen it: The bobblehead that could only be identified as the star athlete by the name or number on his or her uniform. Or the doll that fails to capture an actress’ fine facial features or trademark hairstyle. Or the triceratops toy whose skin is about as interesting texturally as a piece of child’s clay.

David Elliott, Executive Chairman of the Australian Age of Dinosaurs (AAOD) Museum, wanted none of the above. He wanted nothing less than an immaculate recreation of a theropod dinosaur called Banjo (scientific name Australovenator wintonensis) scaled down from five meters to 22 centimeters in length.

He got his wish through 3D printing of a finitely detailed master reference model used by a manufacturer to create molds for 1,000 miniature, life-like Banjo toys. The 1:24 scale model was produced by 3D Systems On Demand Manufacturing, Quickparts, services using Stereolithography (SLA) 3D printing.

David Elliott and his wife Judy formed AAOD as a not-for-profit organization in 2002 after finding a significant number of dinosaur fossils—including a sauropod named Elliot that David discovered himself in 1999—on their sheep property near Winton, Queensland, Australia.

The AAOD Museum houses a massive collection of bones from Australia’s largest dinosaurs and operates one of the most-productive fossil preparation facilities in the Southern Hemisphere. It also offers tours and other public programs.

The skeletal remains of Banjo, named after Australian bush poet Banjo Paterson, was discovered by the AAOD Museum in 2009. Around 95-million years ago, the carnivorous Banjo raced along the Outback at 40 kph. The fierce, lean and agile theropod seemed like the perfect subject for AAOD’s first toy reproduction.

The museum used 3D printing in the past to create life-sized dinosaur models, but did not have access to the accuracy needed for small, finely detailed 3D toy models until David found out about 3D Systems On Demand Manufacturing services.

“A very highly detailed, computer-generated digital 3D model of Banjo had been created by paleo-artist Travis Tischler,” says Elliott. “The life-sized model is detailed to the point that every scale on the animal’s body is present. We wanted to capture this detail in the 22-centimeter-long toy so that every single wrinkle and scale was present in the final product.”

3D Systems had done similar work for other clients that were having problems sourcing detailed, high-resolution models. Upon taking a tour of the 3D Systems production operation in Melbourne, Australia, Tischler was convinced that the facility’s extensive prototyping and manufacturing capabilities were what was needed to produce the quality of toy that Elliott was seeking.

After a discussion of AAOD’s needs, it was decided that the reference model would be created on a 3D Systems ProJet® 7000 HD SLA system using VisiJet® SL FLEX material.

The combination of printer, material and the expertise of the 3D Systems team created a model that captured the high-resolution details Elliott needed for his new toy series.

“We were impressed by the quality and the quick delivery of the model,” says Elliott. “The result was perfect and achieved an exact miniature replica of the life-sized digital file.”

When the 3D print was completed and post-processed, it was sent to a plastic toy manufacturer in China. The manufacturer created plastic injection molds of the detailed 3D print so it could generate exact replicas. The manufactured toys were then hand-painted to Tischler’s original specifications and boxed for sale.

David Elliott was so pleased with the result that he plans on producing three additional toys within the next year: Diamantinasaurus, a sauropod that will be the largest toy at 46 cm long (1:32 scale); Muttaburrasaurus, an ornithopod that will also be printed at 1:32 scale; and a small armored dinosaur named Minmi that will be 18 cm long at 1:15 scale.

Elliott believes that 3D printing has great potential for reproducing animals, historical artifacts, sculpture and other works for museums.

“There is a massive opening for reproductions in the museum world,” he says. “High-quality reproductions can now be made simply by scanning, digital modeling and 3D printing an exact replica. Once the replica has been painted to original colors it is virtually impossible to tell it apart from the original.”

“Animals can be digitally constructed in 3D or fossils and sculptures can be captured by 3D scanning and then 3D printed,” says Elliott. “Once the printed sections have been fitted together, you can produce an exhibit that once required a major sculpting job or a highly trained taxidermist.”

Get a Part Manufactured Now