In an effort to shave hundreds of a second off the sprinting times of Great Britain’s fastest and strongest athletes, researchers at the Innovative Manufacturing and Construction Research Centre (IMCRC) at Loughborough University in the UK are developing custom sprinting spikes using rapid manufacturing. The effort focuses on the spike’s soles, which are formed of sintered plastic.

Loughborough researchers are boosting the performance of sprinters and jumpers by personalizing soles with a specific longitudinal bending stiffness matched to the characteristics of individual athletes. Using the appropriate sole-stiffness prescription, researchers say they can dial in spikes for specific athletes, in some cases doubling the amount of mechanical energy they generate at the ankle.

“Sole units of varying stiffness were attached to standard sprint spike uppers and mechanical tests were carried out in order to quantify stiffness,” says Dan Toon, a Loughborough researcher. “A series of sprint-related tasks were performed by elite athletes in sprint shoes of differing stiffness and a barefoot equivalent control shoe. Three-dimensional motion data and force data were collected for each trial in order to quantify performance.”

The research found that the dynamics of the ankle and foot are influenced by the mechanical properties of footwear soles, and further, that performance was individually optimized within a certain stiffness range for each athlete.

The three-year study began after the 2004 Summer Olympics in Athens where the difference in winning gold, silver, and bronze among sprinters was incredibly narrow. U.S. gold medalist Justin Gatlin ran the 100-meter event in 9.85 seconds, defeating silver medalist Francis Obikwelu of Portugal by only 0.01 seconds and bronze medalist Maurice Greene by just 0.02 seconds. Researchers at Loughborough decided to look for a way to squeeze that time out of a pair of shoes.

Design and Manufacture of Sole Units

Professor Mike Caine, Director of Loughborough University’s Sports Technology Institute, says, “The vision is for this technology to be in place for 2012 to help boost the medal-winning opportunities of Team GB’s sprinters. It could also be applied to a number of other sports.”

“The long-term aim of this research is to allow members of the public to have their own personalized footwear,” Hopkinson added. “Achieving success with elite athletes will prove to be the catalyst, allowing our processes to be applied to everyone.”

The first step in designing sole units was to take 3D geometry from existing sprint shoe lasts and import it into SolidWorks CAD software. From there, various designs were created, including designs to achieve varying longitudinal bending stiffness.

The SolidWorks CAD files were then saved in STL format, which is required for rapid prototyping and manufacturing.

Sole units were manufactured at the university using 3D Systems’ selective laser sintering (SLS) process with a Vanguard SLS System and DuraForm Plastic. SLS is an additive manufacturing process that uses a high-temperature laser to melt or fuse powdered thermoplastic into solid cross-sections, layer by layer until 3D parts are built.

The SLS process enabled the researchers to quickly build “one-offs,” encouraging freedom beyond what is afforded by other manufacturing processes. The researchers were able to cater to the different needs of individual athletes by adding and subtracting layers of plastic to make soles either stiffer or more flexible.

“We could have gone to molding, but it would have taken us a lot more time and a lot more money,” says Dr. Neil Hopkinson, who is the principle investigator for the Loughborough University research project. “Time, cost, and design freedom were improved with selective laser sintering.”

Sprint spikes with DuraForm sole units were benchmarked against a range of spikes either purchased by the researchers or supplied by various manufacturers. The testing used a number of existing (e.g., ASTM F911-85) and specially developed mechanical testing methods at Loughborough and at TNO Industries in the Netherlands.

The spikes with DuraForm sole units were found to generally have longitudinal bending stiffness spanning the mid to high range of stiffness compared to other spikes, while some proved stiffer than any other spikes tested.

“DuraForm is a tried-and-tested material in selective laser sintering,” Hopkinson says. “We had the confidence in it. It gave us the right degree of stiffness for our research.”

Standard sprint shoe uppers supplied by New Balance Athletic Shoes were “roughed” using an abrasive wheel. This prepared the area for applying a primer and cement (glue) to attach the sole unit. Once the upper was primed and cemented, the sole plate was attached by hand to the upper. The lasted upper with the sole was then placed into the sole press, which applies from 50 to 60 psi (3.5 to 4 bars) of equal pressure around the entire shoe to ensure the sole plate is firmly attached to the upper. Once a cushioned insert was inserted, the sprint shoes were then ready for physical testing.

Testing Athletes at the Lab and Track

In the laboratory at Loughborough University, a variety of tests was performed with a number of elite athletes. Standard tests such as squat jumps and bounce drop jumps were used for repeatable measurement of performance using sole units of different stiffness. Equipment used included a Vicon 3D motion analyzer (recording at 960Hz) and a Kistler force plate (recording at up to 1000Hz).

On the track, the influence of sprint spike stiffness on joint angles was measured at different stages of a 100-meter sprint (at 10 meters and 50 meters) using high-speed digital video that captured 1,000 frames per second. Angles were measured using strategically placed markers on spikes and on bare feet at Loughborough University’s High Performance Athletics Centre. The results helped the researchers quantify the effects of spikes on kinematics in the foot during sprinting.

Athletes were told that the sprint spikes were customized with selective laser sintering technology, however, Toon says, “They saw them as another pair of high-performance shoes.”

The Future of Athletic Footwear 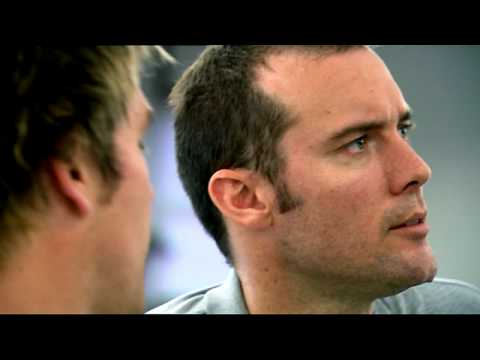 Get a Quote on a CJP Printer Now